UN calls for calm on eve of DRC vote 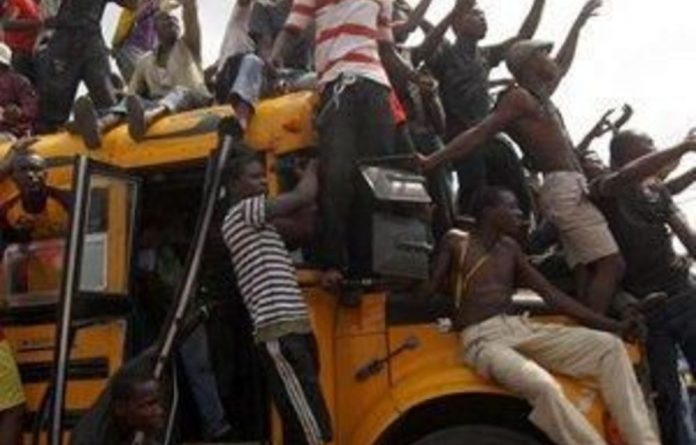 International organisations appealed for calm on the eve of Democratic Republic of Congo’s presidential election, after a run-up that has already been tainted by deadly street clashes and delayed poll preparations.

Concerns have been mounting about the Central African country’s readiness for its second post-war presidential contest, and what impact a troubled vote might have on efforts to stabilise the giant minerals-producing nation.

UN Secretary General Ban Ki-moon said on Sunday the election was “crucial for the country’s progress,” and called on “all political leaders and the people … to exercise restraint throughout the process to ensure that the elections are held in a peaceful and secure environment”.

The European Union and the United Nations also called for restraint after at least three people were killed on Saturday, the last day of campaigning, and the main opposition challenger said he would hold a rally later on Sunday despite a ban on political rallies the day before the vote.

“The security forces should refrain from any acts that could heighten tensions and create any difficulties on the eve of elections,” Mounoubai Madnodje, spokesperson for the UN peacekeeping mission, said.

Election officials in DRC were scrambling to get remaining ballots to polling stations after delays at all stages of the process. But the head of the electoral body said he expected the election to go ahead as planned.

“We would like to assure you 99% of things are working perfectly, that’s our commitment to you,” electoral commission chief Daniel Ngoy Mulunda told reporters at a briefing in Kinshasa on Sunday.

The EU observer mission accused the police of denying President Joseph Kabila’s main rival, Etienne Tshisekedi, his right to campaign in the capital after he was blocked by security forces at the airport on Saturday.

Police had earlier banned rallies after violence erupted in the sprawling capital Kinshasa. The confirmed death toll for Saturday’s violence has risen to three, according to UN human rights sources.

Tshisekedi on Sunday accused international actors, including the head of the United Nations mission in DRC, of being against him, and said that, as his rally was blocked on Saturday, he would hold one later on Sunday.

“The international community has supported [in DRC] Africa’s worst dictatorships for 51 years,” he said, adding he wanted UN mission chief Roger Meece, a former US ambassador to DRC during the last election, to step down.

Showdown
The country’s last war, in which millions died mainly of famine and disease, ended eight years ago. But the peace is fragile, with pockets of clashes across much of its east while ordinary Congolese complain of rampant corruption and slow development.

Resource firms like Freeport McMoRan and ENRC operate in DRC, a big copper and cobalt producer with ambitions of developing an oil industry, but the country is seen as one of the world’s riskiest in which to do business.

UN peacekeepers failed to end a showdown on Saturday between veteran opposition leader Tshisekedi and the police, who blocked him at the airport and fired bullets to disperse his supporters.

Kinshasa is a Tshisekedi stronghold and Reuters reporters saw tens of thousands of his supporters on the streets of the capital after the 78-year-old called for them to try and reach the airport where he was blocked.

Tshisekedi was later driven home by the police, and Albert Moleka, one of his spokespersons, said at least 25 of his UDPS party supporters had been arrested.

Authorities had earlier cancelled campaign rallies that were due to take place in close proximity of each other as violence flared in the teeming city of 10-million people.

The EU observer mission criticised the authorities for mishandling the end of the campaign period and called the police operation to prevent Tshisekedi from leaving the airport “a serious impediment” to his right to campaign.

Preparations for the poll have been marred by delays at all stages at the process, with ballot papers being delivered late and many voters unsure where they are meant to be voting.

There were reports of trouble elsewhere in DRC.

A security source said one soldier was killed when the Vangu military camp in the mining capital Lubumbashi was attacked overnight by unknown arsonists.

A government building was also attacked on Saturday in the southern town of Kananga by people suspecting local officials of hoarding ballot papers in preparation for rigging the poll, a UN official said. – Reuters