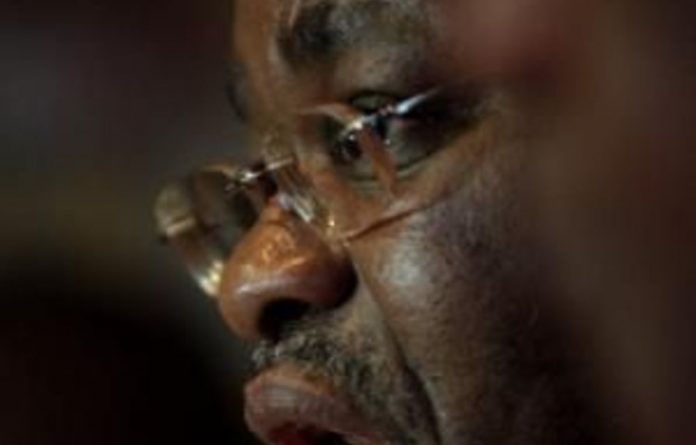 The nationalisation document was presented to the national executive committee (NEC) on Monday but was sent back due to its style of writing.

He said that to the best of his knowledge, the team would — as earlier agreed — complete its report by year-end.

State ownership
The Mail & Guardian understands that the independent panel investigating the state’s role in the economy on behalf of the ANC puts state ownership on the table as one of many options on how the state can extract greater benefits from South Africa’s mineral wealth.

However, the panel hardly gives it a ringing endorsement. It lists nationalisation as an expensive, last-resort, high-risk proposition, which could lead to investment collapsing, bond rates (a measure of a country’s risk) skyrocketing and the slowing of the economy.

The first draft of the report on state intervention to maximise the development impact of mineral assets, was handed to the ANC steering committee’s Gwede Mantashe and Enoch Godongwana a week ago and has been revised a few times this week.

The mere tabling of the report marks something of a victory for youth league leaders, who have vowed to bring about “nationalisation in their lifetime” despite fierce resistance from the higher echelons of the party who feel any talk about nationalisation is detrimental to the economy.

Sneak preview
But the battle to have the party accept it as a viable option will be arduous and uncertain. While the national executive committee got a sneak preview at the weekend, it is the party’s policy conference next year that will be the true battleground.

The report is the fruit of an exhaustive exercise that started in March, taking panel members to 13 countries to gain insights into state interventions that boosted growth and job creation.

With the world in a state of economic flux and sovereign debt spiralling, countries around the world are under great pressure to reduce their borrowings. The thinking is: why fund the economy on debt when you can fund it with taxes? The latter is seen as a more sustainable approach.

Some of the controversial interventions mooted are a resources rent tax on mining profits, a tax on raw mineral exports and domestic pricing penalties attached to licensing conditions.

A resources rent tax, similar to the Australian model, is seen as progressive because it is a tax on exceptional profits — it only kicks in after the normal average profits are recorded.

State intervention
The ANC reckons it could bring tens of billion rand a year into the fiscus, which could dramatically reduce South Africa’s current account deficit. The bigger picture is about getting competitive input prices into the economy to stimulate job creation.

Essentially all the big feedstocks for manufacturing, which is currently a dead-end sector, are targeted for some form of the state intervention.

The thinking is that manufacturing, as in communist countries such as China, Korea, Brazil, has the ability to absorb and create the most jobs. That ties in with government’s current industrial plan to provide a R25-billion short-term stimulus for manufacturing.

On the target list are petrochemical companies, steel manufacturers, polymer producers along with iron ore, coal, platinum, copper, fertilisers and cement producers. Precious metals feature in this mix, mainly because the report does not identify it as a sector of great job creation potential.

Predatory pricing
The companies most under attack and targeted for intervention are Sasol and steel giant ArcelorMittal South Africa — both state companies during apartheid — which the ANC believes have strategic assets but are engaged in predatory pricing because of lack of competition.

It would be easier to nationalise ArcelorMittal SA, which would come at a price of R7.9-billion.

But to renationalise Sasol would be expensive. The report calculates that it would cost the state over R50-billion for government to increase its 26% stake, through the Industrial Development Corporation and the Public Investment Corporation, to more than 50% and force its hand in pushing for lower prices.

A less expensive option would be to control Sasol through part state ownership and pension funds. One idea is to try and convince the unions, whose pension funds are run by fund managers, to join up with the government. That could give it a controlling stake. — Additional reporting by I-Net Bridge

This article was amended on November 29 2011 after consultation with one of our sources.