Michael Jackson’s doctor to be sentenced 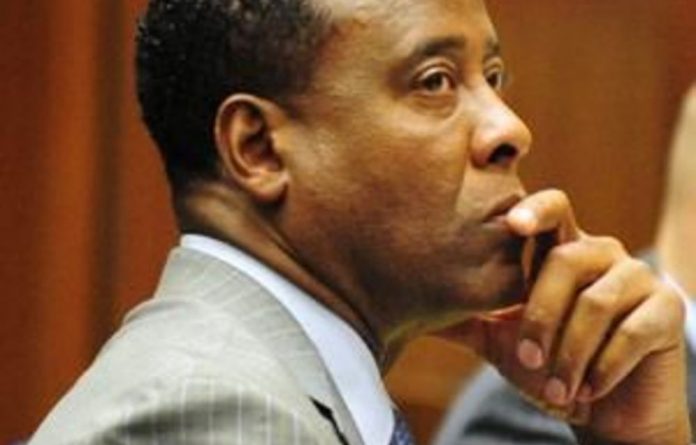 A US judge is due to sentence Dr Conrad Murray on Tuesday for the manslaughter of pop star Michael Jackson with prosecutors asking for the maximum four year jail term and defence lawyers arguing for probation.

Murray (58) has been in jail since he was found guilty on November 7 of causing Jackson’s death on June 2009 by giving him an overdose of the anaesthetic propofol.

In a memo to Judge Michael Pastor last week, prosecutor David Walgren urged him to slap a four year sentence on the cardiologist. He also asked the judge to order Murray to pay Jackson’s family $100-million in restitution for Jackson’s lost earnings from the comeback tour that he was set to launch at the time of his death.

“Even worse than failing to accept even the slightest responsibility, the defendant has placed blame on everyone else, including the one person no longer here to defend himself, Michael Jackson,” Walgren wrote.

But Murray’s lawyer, Nareg Gourjian, insisted that he should not be jailed since he had no prior record, represented no threat to the public and was filled with remorse.

“There is no question that the death of his patient, Mr Jackson, was unintentional and an enormous tragedy for everyone affected,” he wrote in the sentencing memo.

“Dr Murray has been described as a changed, grief-stricken man, who walks around under a pall of sadness since the loss of his patient … He is, by every account, immensely sorrowful and remorseful.” — Sapa