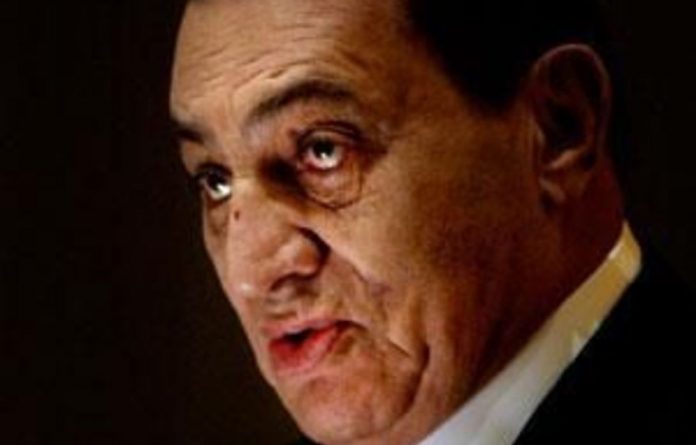 Egyptians came out to vote in record numbers, defying widespread predictions of violence and chaos and fears that the country was yet to break free from three stagnant decades of dictatorship.

Polls were kept open two hours past their scheduled closing time to allow long queues of people at polling stations throughout Cairo to cast their ballots. The high turnout followed 10 days of resurgent protests in the capital that had threatened to overshadow the election.

Egypt’s military rulers and the high election commission, which is supervising the voting, reported no major violations or security incidents during the historic vote — the first free parliamentary ballot for more than 80 years.

However, some candidates are claiming irregularities outside several booths, which they allege will boost votes for the Muslim Brotherhood, the bloc likely to do best when the first round of votes in a three-stage process are counted.

The scene of the renewed uprising, Tahrir Square, was largely empty as long queues snaked outside schools and government offices around the city. Many of the demonstrators who had gathered in the square to demand the immediate departure of the Supreme Council of the Armed Forces (Scaf), the military junta that took power when former president Hosni Mubarak was ousted in January, had urged a boycott of the election, claiming it was being set up to fail.

However, in those neighbourhoods where support for the largely liberal Tahrir movement was strongest, few people appeared to have listened. “I came to vote because it is an opportunity that we can’t miss,” said Hala Boutros, waiting in a line of at least 3 000 other women in the affluent Zamalek area. “It could take four hours, it could take more. We will wait here as long as the line moves.”

Denied a voice
And move it did — slowly — throughout a well-mannered and patient day in an area that was widely predicted to stay at home, fearing that a still immature political system could not support a democratic transition in the nine troubled months since Mubarak was removed from power.

“For 30 years my parents’ generation said they were denied a voice,” said Mona el-Eltawy, also in the women’s queue in Zamalek. “So I’ve come here on behalf of my family. If we don’t vote we lose.”

Across the Nile in the impoverished Bulaq Abu Ela area, a muddy brown street outside a local schoolyard was being used for an impromptu town hall meeting by supporters from all blocs, who defied bans on handing out flyers to arriving voters. “It means a lot to be here,” said one man, who appeared confused by the touts bidding for his vote. “I can vote for who I want to, and I have faith that the process will be fair.”

The high election commission said at a media conference it was not alarmed by the breach of the ban on campaigning, or distributing flyers within 48 hours of the poll. It had received numerous complaints about the breaches, which are thought to have been widespread and by all parties.

The Guardian witnessed a number of violations, including the distribution of candidate fliers inside the Gizr al-Suez polling station and the use of party delegates to “help” voters understand their ballot papers.

Amr Hamzawy, a founder and candidate of the liberal Egypt Freedom party, said he was impressed by the long queues at Gizr al-Suez, but complained of violations.

“It’s primarily coming from the Muslim Brotherhood who have been violating the rules and regulations of the high elections commission,” he said. “But we are reporting all these irregularities to authorities. Today I feel confident that this was the right thing to do, and I feel very hopeful.”

An extension of Tahrir
Dina Magdy (26) a dentist in Gizr al-Suez, said: “[This is] why I joined the January 25 revolution, and it’s why I’m casting a ballot now. This polling station is an extension of Tahrir, not a rival to it,” she said. “Voting whilst Scaf is in power isn’t a problem — the generals are the best we’ve got right now.”

Salwa Muhanna, a retired administrative secretary, said: “I’m very excited, I’ve never done anything like this before. Of course it’s not perfect, but this is the kind of step forward for our country that I’ve dreamed of all my life. It’s a historic moment for us and for the region, and no one can take that away.”

“I voted for [liberal] Amr Hamzawy as he is young and we need a new generation of politicians to solve this country’s problems. We must resist the threat of the Salafists and the Brotherhood,” she added.

The Muslim Brotherhood is widely expected to emerge from the vote as a powerhouse in post-Mubarak Egypt. The group’s ascent has alarmed liberals and supporters of the military regime, who fear that it will attempt to remake Egyptian society along Islamic lines.

The elections are finally being held following a referendum in March that approved a series of constitutional amendments and endorsed the junta-sponsored transition timetable that should have seen a parliamentary vote take place by September at the latest. As transition deadlines slipped, patience among many Egyptians ebbed and a fear grew that the Scaf was instead trying to hang on to power. The waning trust led to the reoccupation of Tahrir Square and fears that voting would not take place.

Preliminary results are expected later this week. Two further rounds of voting will be held in other areas of Egypt, the last on January 3, before a 498-member lower house of Parliament is elected. Its main task will be to form a committee to draft Egypt’s new Constitution, which promises to be a bitterly contested blueprint for the future.

Egypt’s liberals fear the Muslim Brotherhood will use its potential new political powerbase to usher the country away from a civil democracy to a society that defers to Islamic Sharia law.

A Muslim Brotherhood member outside the Bulaq Abu Ela polling station said: “They should not fear us. This is what God wants.” —

Jack Shenker
Journalist and other things, based in London and Cairo Jack Shenker has over 19355 followers on Twitter.