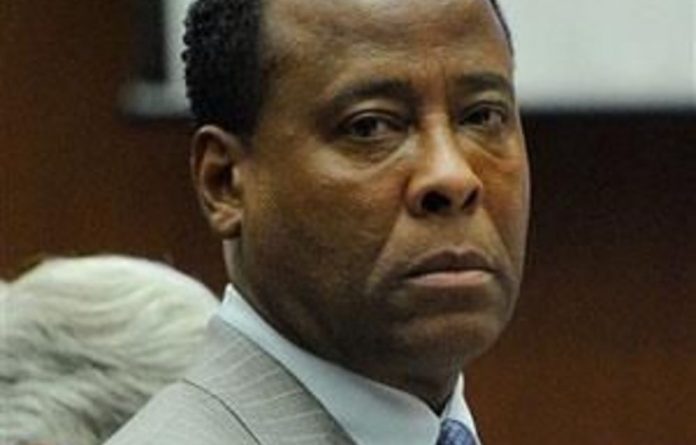 Judge Michael Pastor sentenced Michael Jackson’s physician, Conrad Murray, to the maximum four years in jail on Tuesday — three weeks after he was convicted of involuntary manslaughter in the star’s 2009 death.

“He has absolutely no sense of remorse,” said Pastor after giving a scathing summary of the case against the 58-year-old doctor.

But he said: “Michael Jackson died not because of an isolated one-off occurrence or incident. He died because of a totality of circumstances which are directly attributable to Dr Murray.”

Restitution
The judge said he agreed that Murray should have to pay restitution to Jackson’s estate and children but said the amount would be decided at a later hearing — scheduled for January 23.

The prosecution had asked for Murray to pay $100-million to compensate Jackson’s family for the lost earnings the singer would have made from a 50-show series of comeback concerts he was planning when he died.

Murray was found guilty of involuntary manslaughter on November 7 for administering an overdose of the powerful clinic anaesthetic, propofol, in a bid to help Jackson sleep.

The medic admitted he had given the drug to the star for up to two months before his death.

Not looking for revenge
Jackson’s family insisted on Tuesday they were not out “to seek revenge” as prosecutors sought the maximum jail term.

In a family statement read out in court, they voiced their continued “disbelief” at Jackson’s death on June 25 2009 — and his children spoke about losing “a father, our best friend, our playmate and our dad”.

“There is no way to adequately describe the loss of our beloved father, son, brother and friend. We still look [at] each other in disbelief — is it really possible that he has gone?”

“As Michael’s parents we could never have imagined that we would live to witness his passing. It is simply against the natural order of things,” said the statement read out by lawyer Brian Panish.

‘Unifying the world’
“As his brothers and sisters we will never be able to hold, laugh or perform again with our brother Michael. And as his children we will grow up without a father, our best friend, our playmate and our dad.”

The family statement added: “We are not here to seek revenge. There is nothing you could do today that will bring Michael back.

“But we will keep the love in our hearts that Michael embodied throughout his life. His passion was for unifying the world through the gift of his artistry.

“We respectfully request that you impose a sentence that reminds physicians that they cannot sell their services to the highest bidder, and cast aside their Hippocratic Oath to do no harm.

“As we all know from this tragedy, doing so can have devastating results.” — AFP