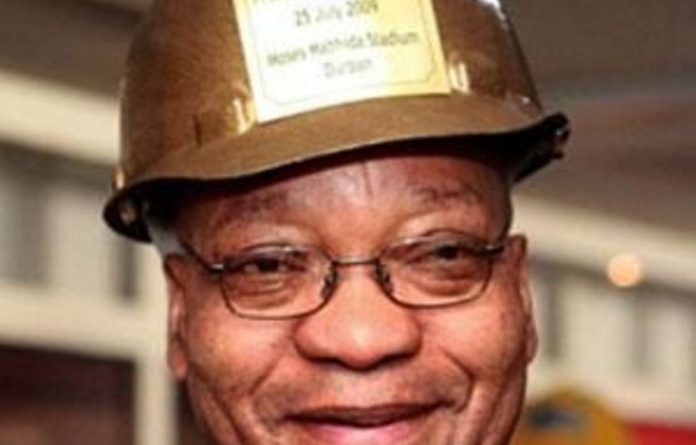 Government is to invest billions in mass transport systems as a way of "greening" the South African economy, President Jacob Zuma said on Sunday.

"By 2014, the state-owned commuter rail company, Prasa [Passenger Rail Agency of South Africa], will invest R20-billion in new trains, most of which will be manufactured locally", he said.

He was addressing the World Economic Forum Green Partnership Dialogue at COP17 in Durban as part of government's New Growth Path, which seeks to reduce emissions by focusing on renewable and nuclear energy, green transport and the built environment.

"Government will invest in mass-transport systems to reduce reliance on private cars. Initial steps have been taken on bus rapid [transit] and commuter rail", said Zuma.

Zuma said government would review its rail investment programme in order to accelerate the shift of freight transport to rail from road.

Employing youth
State-owned transport entity Transnet will invest about R63-billion in the freight rail system over the next five years, he said.

"For its part, organised business will continue to promote greater use of rail freight by companies."

Zuma stressed that the country's Green Economy Accord had a strong commitment to employing young people and those historically excluded from the economy.

"In particular, government and business have set a target of 80% youth among new employees in the manufacturing and installation of solar-water heating systems as well as government's public works programmes to green the economy," said Zuma.

He said it was imperative that poor communities did not end up footing the bill, whether through job losses or high prices.

The solar and wind energy industries in the country had made a target of creating 50 000 green jobs by 2020.

"Government will also support the installation of [a] million solar water heating systems by 2014 to 2015," said Zuma.

In the short run, green jobs would be created by services associated with cleaning up the environment, "especially recycling, cleaning public spaces, and controlling invasive species", said Zuma

Zuma said the New Growth Path "foresees that in the coming decades, at least a third of new electricity generation will come from renewable sources". — Sapa