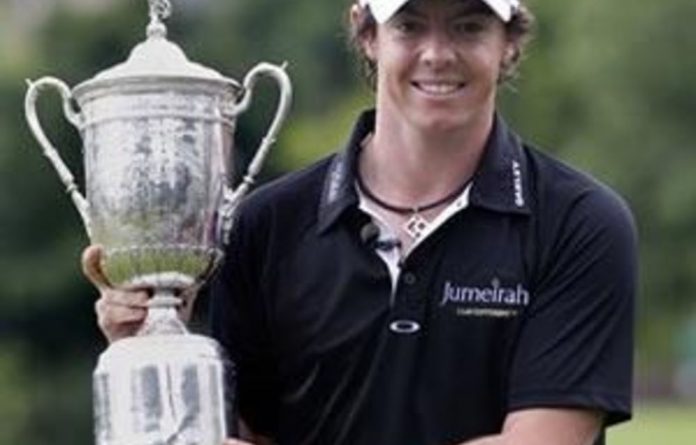 World No. 1 Luke Donald and second-ranked Rory McIlroy go in search of desert treasure at this week’s Dubai World Championship — the final event of the European Tour season.

McIlroy cranked up the pressure on his fellow Briton at the top of the money-list by holing out in stunning fashion from a greenside bunker to land the Hong Kong Open title on Sunday.

Donald, however, still has a lead of more than $1-million over the second-placed Northern Irishman and only needs to finish among the leading eight in Dubai to become the first player to win the orders of merit on both sides of the Atlantic.

“The advantage is still in my court. Rory is going to have to go and win in Dubai against a high-quality field.”

Tour officials could not have scripted the Dubai extravaganza better with the top two players in the world fighting to end the season as European number one for the first time in their careers.

Likely contender
World number three Westwood will also be buoyant after his victory at Sun City while fourth-ranked German Martin Kaymer, last year’s European number one, is likely to be another contender for the first prize of $1.25-million.

The financial incentives in Dubai are huge with $7.5-million available in prize fund and an additional $7.5-million bonus pool up for grabs for the top 15 players in the final money-list.

Donald, who clinched first place on the US money-list in October, said McIlroy’s victory in Hong Kong came as no surprise to him.

“I didn’t expect anything less from Rory,” said Donald who turns 34 on Wednesday. “I knew he would put the pressure on me and make it tough going.

“He did what he needed to do to stay in contention for the money-list title and won the tournament.”

Donald has been a model of consistency this year, producing a host of top-10 finishes plus victories at the Disney Classic in Florida, the PGA Championship at Wentworth, WGC-Accenture Match Play in Arizona and at the Scottish Open.

Secret hopes
Asked what it would represent to capture both orders of merit, he replied: “It would mean history — no one has ever done it.

“It would be a lot of satisfaction for all the hard work. It has been a great year and that would be the icing on the cake.”

McIlroy has also enjoyed a memorable season, having won his first major at the US Open in June.

If it goes down to the wire in the final round in Dubai, the 22-year-old may harbour secret hopes that his ball finds desert sand.

“It was actually a very positive thing I hit it in the bunker at the 18th on Sunday because in two tournaments I’ve found the bunker on the last and been able to win,” said McIlroy, referring to last month’s Shanghai Masters and the 2009 Dubai Classic.

“It was nice to have those positive thoughts. I was walking up to my ball drawing on those memories.” — Reuters