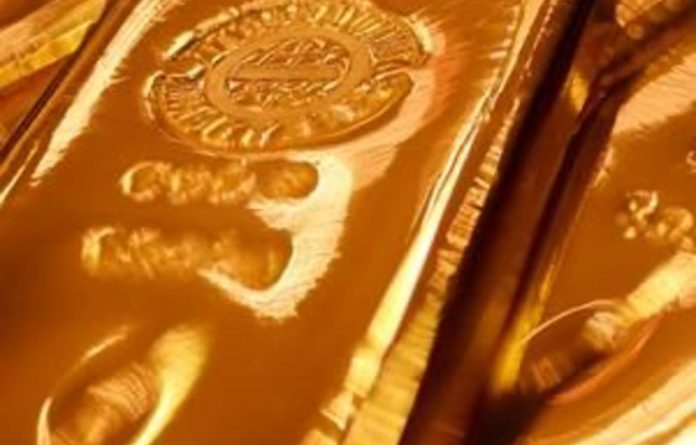 Are we going back to the gold standard? Gold was one of the first forms of money and was central to international trade until American president Richard Nixon ended the gold standard in 1971.

The infamous shackles of the gold standard meant having to swap paper for gold bullion every time investors and savers got nervous about the size of a country’s deficit, debt or a government’s money-printing.

So it is not absurd that gold bulls would lust after a return of a gold standard, considering the precious metal is a mirror of economic and political failure. Global bullion traders say everyone — from hedge funds, sovereign funds and individual investors to jewellery-makers and central banks — is rushing to hold more of the yellow metal, either in its physical form or in exchange-traded products.

With the Americans and Euro­peans trying to print their way out of a debt hole and releasing worthless paper money, investors and central banks — especially emerging markets such as China, Russia and South Korea — are finding refuge in tangible values such as physical gold to diversify their reserves from the dollar and euro. Gold’s purchasing power is rising much more dramatically than its nominal price. Gold has risen by almost 27% this year, even though it has fallen off its September 6 record of $1 921.15 an ounce and is now trading around $1 700 an ounce.

Total demand for gold in 2010 was 4 330 tonnes, of which about 50% was bought by the jewellery market and 38% for investment, compared with about 4% a decade before, according to the World Gold Council. Of significance, though, is that, in 2010, central banks bought only 73 tonnes of gold, whereas this year to date more than 500 tonnes have been purchased, according to Walter de Wet, Standard Bank’s head of global commodities research.

“More and more central banks are stocking up on gold. Even if the eurozone and United States authorities come up with creative solutions, those countries will still hit a recession. In a recession, governments print money and this will push gold higher,” De Wet said.

Although gold does not pay out dividend yields or income such as bonds or equities, it gives central banks and risk-averse investors a sense of comfort of a capital gain when markets are crashing.

Jay Taylor, editor of Gold, Energy & Tech Stocks, said in a recent interview with the Gold Report: “An ounce of gold is an ounce of gold. A barrel of oil is a barrel of oil. What is a dollar? It’s a meaningless measure because [US] Federal Reserve chairman Ben Bernanke can create trillions of dollars out of thin air.”

Venezuela repatriated more than 160 tonnes of gold in September, which was mostly stored at the Bank of England, prompted by worries about the global sovereign debt crisis. More than 60% of Venezuela’s international reserves are in gold. Germany, seen as the key bailout agent for the eurozone, is the world’s second-largest gold holder, with 71%, about 3 400 tonnes, of its foreign reserves in the precious metal.

The world’s largest holder of gold is the United States and China is the sixth-largest holder, with only 1.6%, or 1 100 tonnes, of its official foreign exchange reserves in gold at the last count, earlier this year. Emerging nations such as India and Russia hold more than 7% of their reserves in the yellow metal. South Africa’s gold holdings were valued at $7-billlion as of last month, about 14% of total reserves.

But central banks purchases are small compared to the jewellery market. In Asia and the Middle East, gold bullion is regaining its shine as the new bling, with the jewellery market starting to devour the precious metal. Jewellery demand for the past decade has been in decline because gold prices have been rising faster than income. Gold for jewellery hit an all-time high of 3 290 tonnes in 1997 dropping to 1 850 tonnes during the 2009 recession. But demand has been picking up over the past 18 months with volumes rebounding to about 2 000 tonnes in 2010 and 2 300 tonnes in this year to date.

Katarina Cvijovic, who has been at the seam of Standard Bank’s precious metals sales in London for 13 years, said this growing appetite was coming largely from India, China, Singapore, Thailand, Indonesia, Dubai, Japan and Turkey. Half of India’s gross domestic product was held in gold bullion, for example, and Standard Bank was moving about 25% of India’s physical gold imports.

But some investors chasing real returns, such as Warren Buffett, the world’s most successful investor, remain unconvinced about gold’s lustre. “The metal has no utility. They take it out of the ground in South Africa, ship it to the Federal Reserve, where they put it back in the ground,” Buffett said this year.

But De Wet said: “Yes, there are cons to holding gold. But looking at those screens every day and the market movements, you have got to hang your hat on something. Demand for gold now is a function of global liquidity and until the United States’s and Europe’s debt situation turns, there is a compelling investment case for the metal in terms of wealth and capital gains.”

After the goldrush, coal addiction

Gold propped up apartheid, but it was depleted. The new fool’s gold is coal. Neither brought economic transformation
Read more
Business

​Weaker than expected mining results may drag GDP down

​Scientists have for the first time witnessed how at least half the gold in the Universe is formed.
Read more
World

Customs officials acting on a tip-off detained a group of mules as their plane from Sri Lanka touched down in the southern city of Madurai.
Read more
Business