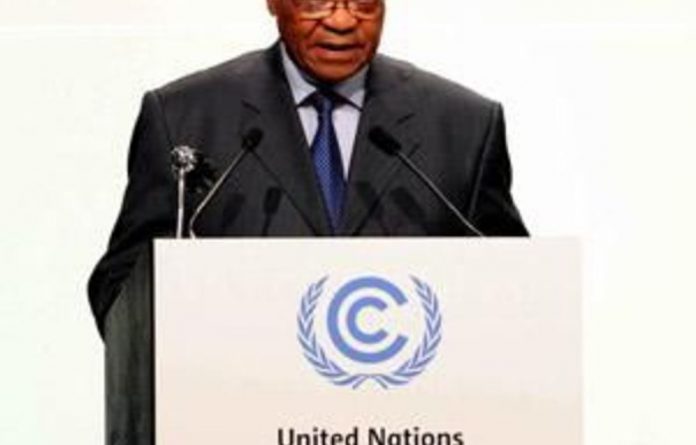 South African President Jacob Zuma on Saturday said Nato’s campaign in Libya left a scar on the continent that will take long to heal.

Zuma, who was part of a high-level African Union (AU) panel that failed to mediate a ceasefire in Libya, complained in a lecture given during a one-day visit to Nigeria about the role of some Western countries in the Libyan crisis.

“The manner in which Libya was treated by some countries in the developed world remains a scar that will take many years to heal for Africa”, he said.

“Developed countries with their own national agendas hijacked a genuine democratic protest by the people of Libya, to further their regime change agendas.”

South Africa voted for a UN resolution that imposed a no-fly zone over Libya but Zuma later accused Nato of over-stepping its mandate for airstrikes aimed at protecting civilians and of blocking AU peace initiatives.

He said Libya was “bombed for months on end in the name of saving the lives of civilians, and finally [had] its leader killed, not arrested and taken and tried in court if he had committed a crime. It could only happen in Africa, nowhere else. Thus we call on Africans to stand united.”

Zuma said the African Union summit next month “will have to deliberate very seriously on the Libyan question, to help this country return to normality.”

He said the AU would also look at working with the Arab League to build a democratic Libya.

“We must deliberate as to how to ensure that we will not have a repeat of what happened in Libya,” Zuma said.

The lecture was given in memory of a Nigerian politician and ex-vice president, Shehu Musa Yar’Adua, believed to have been killed while serving a jail term for allegedly plotting a coup against late military dictator Sani Abacha in 1997.

Zuma was also due to receive an honorary doctorate degree from the American University of Nigeria, a private university founded by Nigerian former vice president Atiku Abubakar in the city of Yola in the east of the country. — Sapa-AFP