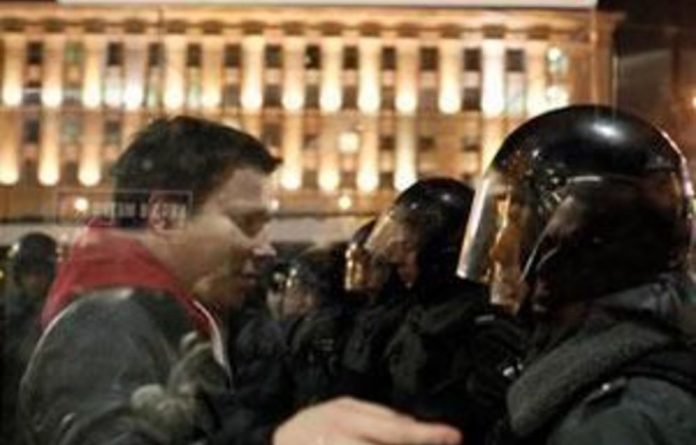 A long-time ally of Vladimir Putin on Monday called for the creation of a liberal party to fill a void in Russian politics exposed by mass protests against the prime minister’s 12-year rule and cast himself as its potential leader.

Former finance minister Alexei Kudrin’s proposal, if it gains support, could offer a way for Putin to channel discontent and reduce the threat posed by the biggest opposition protests since he took power in 1999.

But Kudrin also warned that the legitimacy of a presidential election Putin is expected to win in March would be undermined by any failure to address protesters’ allegations of fraud in a parliamentary election on December 4. That poll, he said, had shown the need for a strong liberal alternative to the ruling party.

“Today it is clear that this deficit is even direr than we could have imagined,” said Kudrin, a fiscal hawk forced out in September after a dispute with President Dmitry Medvedev over lavish state military spending plans.

“Today one can say that the demand for the creation of such a structure is so high that it will certainly begin to be created,” Kudrin said in an interview published by the financial daily Vedomosti.

Tens of thousands of Russians protested on Saturday over the December 4 election they said was rigged in favour of United Russia, the party Putin has used as an instrument of his rule.

Voter frustration
Voters vented frustration with the entrenched ruling party by sharply reducing its majority in the State Duma lower house. But protesters say even United Russia’s official result, just under 50% of the vote, was inflated by fraud.

Many protesters in the diverse crowds across Russia on Saturday were representatives of a new middle class of moderately wealthy professionals who are unhappy with a tightly controlled political system dominated by a single man.

“The process of the consolidation of liberal and democratic forces will now go forward. I am absolutely certain of this and I myself am ready to support this,” Kudrin said, adding that it was too early to talk about a potential leader.

Aware of growing discontent among politically savvy professionals eager for a stronger voice, the Kremlin turned to Kudrin early this year with a proposal that he lead a liberal, pro-business party that could counterbalance United Russia.

He rejected the offer and an effort to turn the small Right Cause party into a significant force collapsed in acrimony between the Kremlin and the man chosen to lead it, billionaire Mikhail Prokhorov.

‘Obvious violations’
Kudrin’s ties to Putin leave questions about his ability to play a key role in any new political force, particularly after the protests on Saturday featured frequent chants of “Russia without Putin” and “Down with Putin”.

Leaders of the largest protests included liberal opposition politicians who were barred from running in the election because the state has denied them registration.

Kudrin (51) was finance minister throughout Putin’s 2000-2008 presidency and remained in the post when Putin became prime minister and steered Medvedev into the presidency because he faced a legal bar on a third successive term.

Putin’s plan to return to the presidency and make Medvedev prime minister — unveiled in September — deepened feelings of many Russians that the future had been decided without their input.

The Duma election increased a feeling of disenfranchisement but the scale of the discontent and the protests appears to have caught the authorities off guard. The protests were organised on social media, beyond the Kremlin’s control.

“Of course the Kremlin wants to retain control and channel the energy that spilled out into the street on Saturday into a project that will be not be completely unpredictable,” said Maria Lipman, political analyst at the Carnegie Moscow Centre.

‘Numerous violations’
But she said whether or not Kudrin was acting in concert with Putin and the Kremlin, the election and the protests had loosened the government’s grip on politics.

“The political monopoly that the Kremlin has got used to will gradually wash away and even agreements with the Kremlin will not mean unconditional loyalty or Kremlin control over the political process,” she said.

In the interview, Kudrin said he would not consider himself and Putin “like-minded” but he steered clear of strong criticism and said Putin had done a good job softening the blow of the global financial crisis on Russia.

Instead, he targeted United Russia and the alleged electoral fraud.

“Even with numerous violations in the election, people’s real preferences still came to light. United Russia is losing support,” he said. “The ruling party will have to compromise with other parties.”

Opposition leaders have vowed to hold big new protests on December 24, hoping to increase pressure on Putin as the March 4 presidential vote approaches. Polls show Putin is Russia’s most popular politician but his approval ratings have fallen.

New election
Medvedev said on his Facebook site on Sunday that he had ordered an investigation into the electoral fraud allegations.

But neither he nor Putin has given any indication they will accede to the protesters’ demands for a new election. Russian Prosecutor General Yuri Chaika said on Monday that he saw no grounds for a recount or a new vote.

Kudrin called for a recount “in certain polling districts and even regions” and said the Kremlin should consider dismissing the head of the Central Election Commission, Vladimir Churov — one of the protesters’ other demands.

“If this is not done, the next elections will be conducted in a slipshod manner,” he said, adding that he was talking about all future elections including the presidential vote. — Reuters