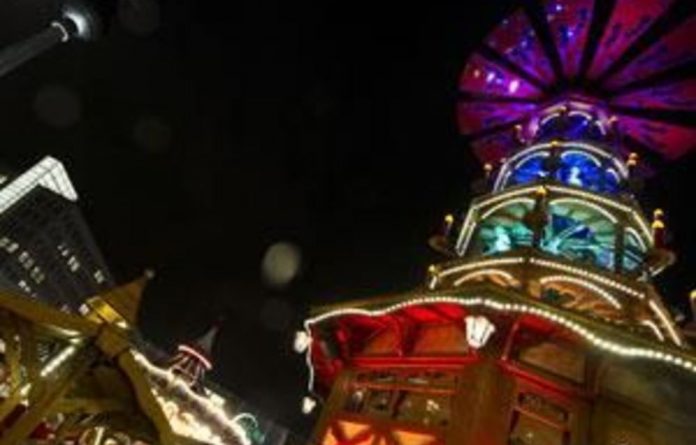 The festive survey — conducted online by eBucks, FNB and RMB Private Bank’s reward programme in October 2011 — surveyed 1 937 South Africans on their festive shopping behaviour and how much respondents plan to spend on gifts.

Jolande Duvenage, eBucks CEO, says: “A substantial 95% of respondents indicated that the festive season is one of their favourite times of year to show their loved ones how they feel by giving a special gift or two.”

In fact, just under half (48%) of the respondents plan to buy gifts for between one and five people while 38% are planning to buy for between five and 10 people.

“This shows that people are putting more thought into how they will be spending on gifts this year and buying more meaningful gifts for those who are closest to them,” Duvenage adds.

Hefty wish lists
Other items to make it onto this year’s wish list include jewellery (5%), books (4%) and appliances (4%).

“Gift vouchers were the most popular items purchased in the eBucks store over both the 2009 and 2010 festive seasons,” adds Duvenage.

When it comes to buying the perfect gift for partners, the survey results showed that a great proportion of respondents in a relationship — 42% of men and 37% of women — will be spending between R500 and R1 000 per gift on their significant others. In addition, a third of men (34%) and a quarter of women (24%) are likely to spend over R1 000 on a gift for their partners.

The survey also found that parents will be buying gifts for their little ones this year. However, the amounts they intend on spending varied greatly. Around 40% of respondents plan on spending between R1 and R500 per child while 39% plan to spend between R500 and R1 000 per child.

“With the current economic downturn and survey results, we expect that people will be more responsible and savvy with what they spend, with significant others receiving more expensive gifts,” Duvenage adds.

The online rush
Careful planning ahead of the shopping season also seems to be increasingly popular with 36% of respondents saying that they had already begun their festive shopping in November.

Just over half of those surveyed (53%) do their shopping in the three weeks leading up to the holiday with a very small minority (4%) sheepishly admitting to doing their gift shopping either on Christmas Eve or on Christmas Day.

The eBucks Festive Survey also asked respondents about where they prefer to do their festive shopping.

“When it comes to actually shopping for presents, nearly 50% of respondents said that they would buy gifts from a number of shops, as well as online stores.

While 40% of respondents like to touch and see the items that they are purchasing in physical shops, 8% of respondents said that they will be doing all their shopping online because it saves them time and will be able to avoid the crowds that are always part of the festive season rush,” says Duvenage.

“We have already seen an increase in activity in the eBucks online shop, as our members have already started buying their festive season goodies,” says Duvenage. “We are also seeing increased activity from our partners, where eBucks customers can spend their eBucks and earn even more when they pay for purchases with qualifying products from FNB or RMB Private Bank.” — I-Net Bridge