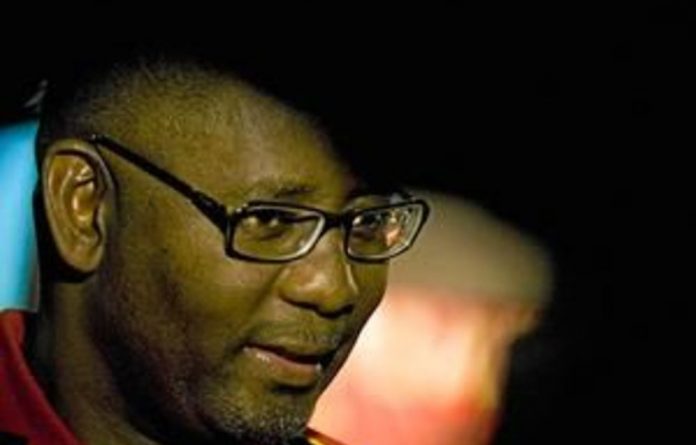 The Open Democracy Advice Centre (Odac) has called for stricter action against senior government officials implicated in maladministration to avoid a financial breakdown in provincial departments following the national treasury’s recent intervention in the administration of three provinces.

It was a view echoed by the Congress of South African Trade Unions (Cosatu) at an anti-corruption march in Polokwane on Tuesday. “Unless we scale up our campaign against the scourge of corruption, we face a danger that no one will be able to do business with the state without greasing the hands of corrupt gatekeepers who demand bribes,” said Cosatu general secretary Zwelinzima Vavi, who led the march.

“Unless they are stopped, they may systematically use their power to control large areas of the economy.”

Limpopo was placed under a section 100(1)(b) intervention, which allows the national government to take over the running of its treasury, education, transport and roads, health and public works departments, the combined budget of which is more than R37-billion.

The Free State was placed under a section 100(1)(a) intervention, which means that Cabinet issues a directive to the provincial executive, outlining the extent of the failure to fulfil its obligations and the steps required to address it. In the Free State’s case the directive applied to its treasury, police, roads and transport departments.

Gauteng will receive assistance in dealing with chronic problems in financial and supply-chain management.

Jay Kruuse, an attorney at Odac, said that if the government was to discipline and lay criminal charges against the officials implicated in financial misconduct, it would send out a clear message that such conduct had consequences.

“Regrettably, South Africa has a track record of far too little disciplinary action taken against senior officials who are implicated in maladministration,” Kruuse said.

“If more heads of departments were supported by MECs and premiers in taking action against unlawful actions by public servants, we would see less national-government intervention.”
Kruuse said the government needed to recruit and retain staff who could manage public funds in accordance with the law.

He also blamed cadre deployment for skills shortages and a lack of disciplinary action against officials who had acted unlawfully.

“Cadre deployment, in which inadequately skilled persons are appointed to senior management positions, often results in decision-making that is driven by ulterior motives or a lack of decision-making when the law requires corrective steps to be taken.

“There are instances where, due to massive vacancies in departments, the existing staff are unable to maintain adequate levels of control.”

Voicing concerns
Limpopo’s department of health is one of the departments under the microscope because of its inability to pay service providers.

The Limpopo secretary of the National Health Allied Workers’ Union, Mike Shingane, said hospitals and clinics had been negatively affected.

“We have been voicing our concern about allegations that the coffers are running dry and claims of tender corruption in the department,” Shingane said.

“As a result, there are no security guards in hospitals and clinics and patients’ records are registered manually.”

In his address to the anti-corruption marchers, Vavi said: “The mistake we make over and over again in our politics of division is to keep on replacing a corrupt faction with another equally corrupt faction which, as soon as it occupies office, embraces the ‘it’s our time to eat’ mantra.”

He warned that as long as there was an overlap between business and political office, corruption would get out of hand.

“We have said that if a political and/or trade union leader has family in business, the family must not be allowed to do business with either the government or the trade unions.”

In light of irregular spending on Covid-19 procurement, Cosatu recommends that politically connected people be barred from doing business with the state
Read more
Coronavirus

Despite the destructive system created by politicians and corporations, we can show the power of community and humanity
Read more
Advertising
Continue to the category
National