Waterkloof Four to remain behind bars 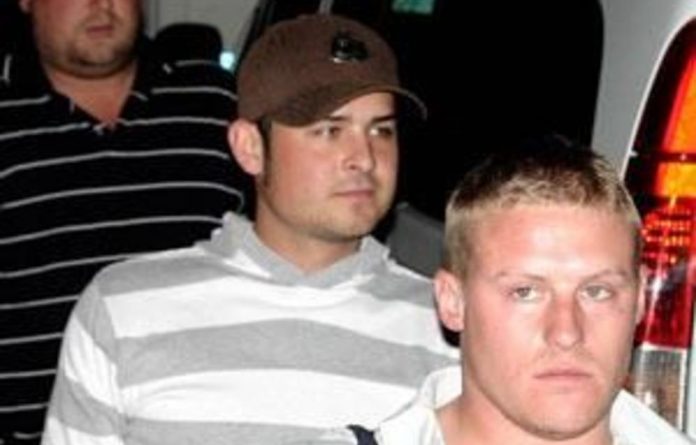 The department of correctional services on Thursday denied that two of the “Waterkloof Four” would be released on parole as claimed by the family.

“I can confirm that they have submitted applications to the parole board but there are certain internal structures that have to process the application, so there has been no decision yet,” Gauteng spokesperson Simphiwe Kondleka said.

Earlier, Jimmy Stonehouse, the stepfather of Gert van Schalkwyk, said his son and Reinach Tiedt would be released from the Zonderwater prison in Pretoria on Thursday afternoon.

“The parole board of the jail appointed the court to let them go,” Stonehouse said.

Tiedt and Van Schalkwyk were among a group of four boys convicted of killing a homeless man and assaulting another at a park in Pretoria in 2001. They were each sentenced to 12 years in jail.

All four maintained their innocence throughout their trial and an unsuccessful high court appeal.

They began serving their sentence at the Pretoria Central Prison in 2008.

Stonehouse said he was not aware if the other two, Christoff Bekker and Frikkie du Preez, would also be released.

“They are being kept in a separate prison, so I don’t know what the situation with them is,” he said. — Sapa