Pienaar stuck in limbo at Spurs 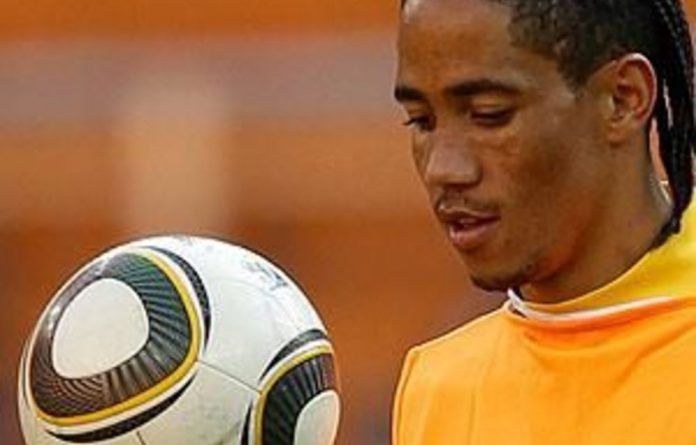 Spurs were eliminated from the Europa League in spite of their recent 4-0 victory over Shamrock Rovers in which Pienaar scored a rare goal.

Coach Harry Redknapp has given no indication of installing the South African captain into the line-up that has moved into third place in the Premier League log table.

Despite Pienaar’s presence on the bench for the week-end’s 1-0 victory over Sunderland at White Hart Lane, he played no part in the action as Redknapp used three other midfielders ahead of the South African as substitutes.

Pienaar has not played a single Premier League game for Spurs this season as the club has gone from strength to strength losing only one of their last 13 matches.

A victory over Chelsea on Thursday will leave Tottenham hot on the heels of log leaders Manchester City and second-placed Manchester United.

It is a vibrant success story in which Pienaar has played no part, having been effectively relegated to the club’s reserve line-up and making only three appearances in the Europa League where Redknapp has fielded second-string combinations.

The game against Chelsea would be a timely lifeline for reviving Pienaar’s future at Spurs but there is no indication of the South African featuring in the starting line-up or as a substitute.

Pienaar’s dilemma, it would seem, began soon after his transfer from Everton early in the year when he suffered a recurring groin injury.

No progress
While his appearance for Bafana Bafana in the drawn Nelson Mandela Challenge game against the Ivory Coast last month indicated he is now over the injury, Pienaar has made no progress in gaining a first-team place with Spurs.

The trouble for the Bafana captain is that Spurs presently have a plethora of outstanding midfielders of the likes of Gareth Bale, Luka Modric, Scott Parker, Aaron Lennon, Rafael van der Vaart and Sandro.

Pienaar’s eclipse at Spurs could rub off on the national team and his effectiveness as captain.

Bafana coach Pitso Mosimane deprived long-time captain Aaron Mokoena of the leadership when his fortunes deteriorated in England and Pienaar could be confronted with a similar situation as he attempts to resurrect his career. — Sapa