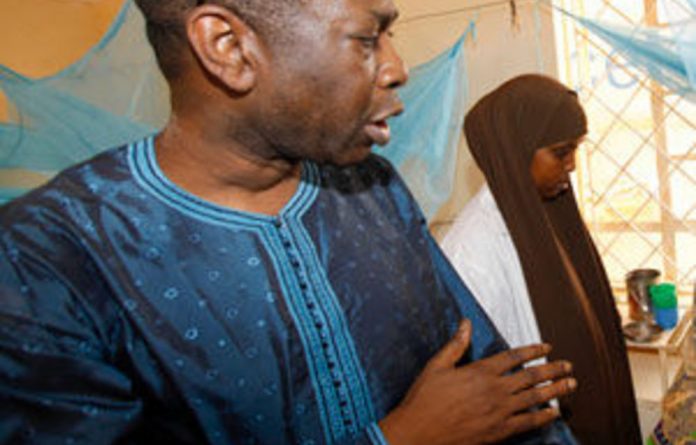 World-renowned Senegalese singer Youssou N’Dour has announced he is running for president in a bid to unseat incumbent Abdoulaye Wade whose plans for a third term have triggered unrest.

“I am a candidate” in the February 26 elections, the country’s most famous export declared late on Monday on his privately-owned TV station after weeks of speculation about his plans.

N’Dour has emerged as an outspoken critic of Wade, whose bid for a controversial third term in office has opposition and civil society groups fuming, and tensions have led to violent clashes in recent months.

“I have listened, I have heard, and I am responding favourably,” N’Dour said, referring to numerous requests that he throw his hat into the political ring.

“It is a supreme patriotic duty,” he added of the race in which he hopes to use his massive star power to overthrow the 85-year-old Wade.

N’Dour (52) announced at a concert at the end of November that he had put performing on hold and formed his own political movement, Fekke Maci Boole — which means “I am involved” in the Wolof language.

“It’s true, I haven’t pursued higher education, but the presidency is a function and not a job. I have proved my competence, commitment, rigour and efficiency time and time again … I have studied at the school of the world. Travel teaches as much as books.”

International great
Hailed by the New York Times as “one of the world’s greatest singers”, N’Dour has achieved huge international success with his mixture of Senegal’s popular mbalax music style with samba, hip-hop, jazz and soul.

He was born in October 1959 in Dakar’s populous Medina suburb to a modest family and is an icon in his home country.

Abroad he has collaborated with Peter Gabriel, Sting, Wyclef Jean, Paul Simon, Bruce Springsteen and many other famous names.

In his declaration on Monday night, N’Dour said his campaign would include initiatives for peace in the troubled southern Casamance region, good governance, as well as agricultural and social development projects.

Political involvements
The singer has been heavily involved in social and political issues while carving out his musical career.

In 1985 N’Dour organised a concert for the release of South Africa’s then-apartheid prisoner Nelson Mandela who went on to become the country’s first black president. He has been involved in scores of benefit concerts.

Wade was first elected president in 2000 for a seven-year term, and re-elected in 2007 for five years after a constitutional reform shortened presidential terms.

In 2008 the seven-year term was re-introduced, raising confusion over whether Wade had exhausted his two-term limit. The opposition says yes, he says no, and the constitutional court will rule on the issue in early January.

About 20 candidates will be taking part in the election. — AFP