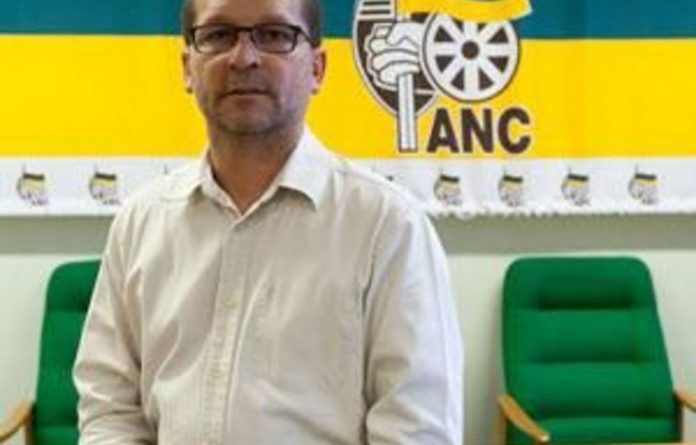 Philip Dexter said on Wednesday that his return to the ANC, three years after defecting, was due in part to the Congress of the People’s (Cope) quest for cooperation with the Democratic Alliance (DA).

“That was part of it, though it was not the only reason,” Dexter said a day after announcing he was leaving Cope, of which he has been a founding member, MP and spokesperson.

He cited Cope’s protracted internal battles as one of the main reasons for quitting the party formed in 2008 by Mosiuoa Lekota and Mbhazima Shilowa — now sworn enemies.

Dexter will resign his seat in the National Assembly as soon as Parliament reconvened but said there were no plans yet for him to play any particular role in the ANC.

“I’m an ordinary branch member. I’m officially unemployed. It’s been a rough ride and I’m going to take some time out to sort out my life.”

Dexter said he had applied to the University of Cape Town to continue his studies. He holds a doctorate in religious studies.

Lekota in November invited all opposition parties to talks on forming “a credible, effective alternative to the ruling party” but denied he wanted to merge with the DA.

Factionalism
Dexter, a staunch ally of Lekota, in May drafted a 19-page document that detailed Cope’s internal disarray. But in it he also said Cope was “here to stay”, called for solidarity in its ranks and criticised those who focused on the party’s shortcomings.

Upon quitting, he said Cope was riddled with factionalism, maladministration and even corruption, and added that the ANC’s strengths outweighed its weaknesses.

Dexter, who fell out bitterly with South African Communist Party boss Blade Nzimande when he accused him of taking funds destined for the communist party’s coffers, said he was prepared to answer for any criticism he had of the ANC in the past.

“I still think there are challenges and problems in the ANC. But I am prepared to answer for everything I have said in the past. I have apologised to anybody I may have caused any offence but I stand by my principles.”

His 2008 resignation letter to the ruling party was scathing of the ousting of former president Thabo Mbeki and what he termed the ANC’s “dishonesty”.

Cope has bled support since the 2009 elections when it won around 8% of the vote. — Sapa

But in the battle of John and Mbali, the way things are going, the party will crucify the better option
Read more
Coronavirus