Gisèle Wulfsohn: A self-portrait of courage 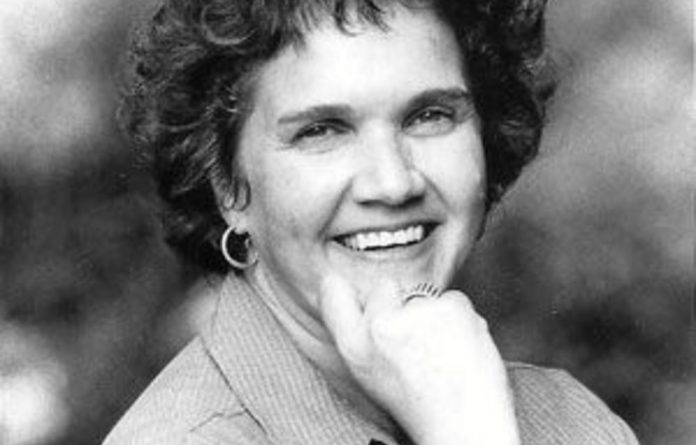 Photographer Gisèle Wulfsohn, who died on December 27 at the age of 54, did not go gentle into that good night.

If she had, it is unlikely she would have survived longer than the few months doctors gave her in 2005 when she was first diagnosed with lung cancer. Instead, for nearly seven years she fought the disease, drawing in world experts, amassing thick files of procedures and pharmaceuticals, trying new drugs — notably Tarceva, despite the initial scepticism of local oncologists and her medical aid.

Her work slowed down but didn’t stop. Two years into the disease, she was photographing Eastern Cape farmworkers on an assignment for ActionAID; a year later she was on an Aids assignment, travelling through rural Mozambique on the back of a motorbike, camera bags slung behind her.

Photographer Gisele Wulfsohn specialised in portraiture, health and gender issues, producing groundbreaking work that dealt with the stigma of HIV/Aids, as well as portraits of some of the most prominent women activists during the struggle. The M&G takes a look at some of the moments captured from behind her lens.

Born in Rustenburg, Wulfsohn studied graphic art at the Johannesburg College of Art but photography soon took over.

Her photographic career began at The Star and continued at Style magazine and Leadership before she joined the photographic collective Afrapix, which documented the anti-apartheid struggle and social issues such as poverty and homelessness.

Warmth and womanliness
Her speciality was portraiture. Famed photographer David Goldblatt describes her work this way: “Never sentimental, always respectful both of subject and medium, perceptive of the subtleties and complexities of reality; never denying, always giving of her own warmth and womanliness.”

One of former president Nelson Mandela’s favourite portraits of himself was taken by her at Shell House and now hangs in his office.

“She will be remembered for her wonderfully sensitive portraits of people,” says photographer Paul Weinberg, now curator of visual archives at the University of Cape Town Libraries. “Her project on South African women, Malibongwe, and Living Openly are seminal ­contributions in South African photo­graphy.”

Aids was a particular interest. She had promised a cousin dying of an Aids-related illness that she would give HIV a public face in South Africa and her work helped to make HIV/Aids a public issue. In 2000, for the department of health’s Beyond Awareness campaign, she produced a series of portraits of South Africans who had disclosed their HIV status — a young couple, a pastor, an elderly factory worker and others. Wulfsohn’s Living Openly portraits were exhibited extensively.

In 2006 Malibongwe, Let Us Praise the Women — images of, inter alia, Amina Cachalia, Frances Baard and Albertina Sisulu — was exhibited at the Apartheid Museum in Johannesburg, commemorating the 1956 Women’s March on Parliament.

She did not restrict her work to portraits. She collaborated with Gary Friedman in the Puppets against Aids project in Diepkloof Prison.

She was one of four photographers — with Weinberg, Graeme Williams and Henner Frankenfeld — chosen by the Independent Electoral ­Commission to document the 1994 election.

And after illustrating One Child One Seed, a children’s counting book published in the United Kingdom, she was asked by the same publisher to write and illustrate Bongani’s Day — A Day in the Life of a South African Child.

Indomitable spirit
Earlier this year she counselled a woman whose husband had died of lung cancer. “Sadly, we are not the ones in complete control here,” she wrote.
The disease “is sometimes more powerful than positive thinking, a sense of humour, eating the right foods, chemo, radiation or ­targeted medication”.

She knew, because she had done them all. And, in the end, it was not enough.

But she left an extraordinary legacy. Her photographs have been published all over the world, in publications as varied as The Lancet and Mother Jones, The Economist, Marie Claire and Der Spiegel.

Messages of shock and sadness from Australia, the United States and Europe all mentioned her warmth and generosity, her courage, her indomitable spirit.

She is survived by her husband, Mark Turpin, her sons Joe and Sam, her mother, Pearl Wulfsohn, two sisters, Diane Saulson and Susan Lazarus, and a brother, Philip ­Wulfsohn.

Editorial: To those doing the hard work

Joel Joffe, the lawyer who helped put the apartheid regime on trial

The poet by whom the English language lives