Times in Africa are a-changin’ 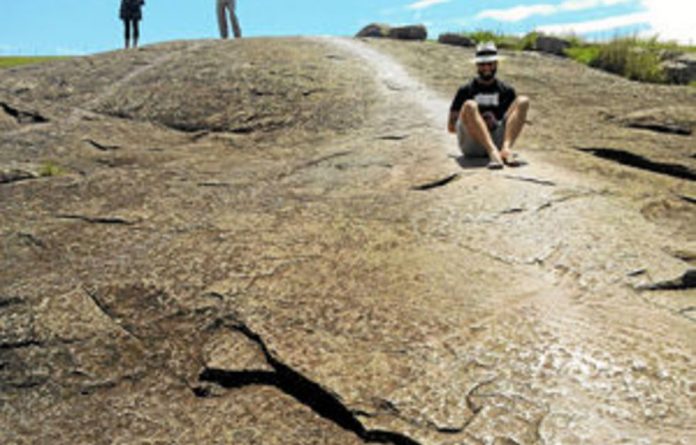 A few days before the end of 2011, I find myself standing on a giant granite boulder overlooking a sweeping Transkei valley. It is like many that make up this part of the Eastern Cape, flowing green hills dotted with rocky outcrops, except that the granite in this case has two grooves in it smoothed over the ages by children as they have slid down it.

One of the children who helped make the rock slippery smooth, Nelson Mandela, rests now at his home, which we can see in the near distance below us. “Nature was our playground,” Mandela wrote in Long Walk to Freedom. “The hills above Qunu were dotted with large smooth rocks which we transformed into our own roller coaster. We sat on flat stones and slid down the face of the rocks. We did this until our backsides were so sore we could hardly sit down.”

Qunu is not what I expected. I had imagined a quiet hamlet at the back of beyond but it is on a national road, the N2. You can hardly miss Madiba’s place. It is on the N2 and has two flags flying to tell outsiders that someone of importance is in residence.

There are three museums in the area honouring its greatest son. One, at nearby Mthatha, is being worked on and is not open. A second, at Mandela’s birthplace at the nearby Mveso, is on a road that is being worked on. We did not get too far along it. The third, in Qunu, is near the sliding rock, overlooking the valley below. Mandela went to the church school here. The church still stands but the rondawel where he was schooled and given the name of Nelson has been demolished.

How much has changed since the days when the young Mandela was given cut-off longs from his father and a belt and sent barefoot to school? Our guide, a stand-in on the day, is normally unemployed, having unsuccessfully tried to get a job in Johannesburg. Most Qunu residences, including those that neighbour the Mandela campus, are modest.

But there are strong signs of progress, too, both in the immediate area and more widely across the continent. Qunu, unlike many rural towns, has no bustling commercial centre. But it is an exception. We drove through the area on Christmas Eve, as many raced to do their last-minute shopping. Idutywa, not much more than a dorp, was in gridlock as shoppers spilled on to the pavements and into streets, bringing traffic to a standstill.

Many of these towns, including the centres of Mthatha and Butterworth, are little more than extended shopping zones offering everything from bags of cement to live chickens. All the big retail brands are here and consumers are spoilt for choice in fast foods and consumables. The sprawling malls seem to go on forever. Just getting into the carparks of some of these malls is a triumph but then getting out again is even harder.

The bank defined middle class as people who spent the equivalent of $2 to $20 a day, saying that was appropriate given the cost of living for Africa’s near one-billion people. It acknowledged that many living on $2 to $4 a day were “floating” and could easily slip back into poverty.

“Taking these people out of the equation, it put the stable middle class at 123-million, 13% of the population. But AfDB is bullish about the future, predicting the African middle class will grow to 1.1-billion (42%) in 2060. By then, those living below the poverty line will be in the minority (33%),” the Guardian reported.

South Africa did well in own-occupier households at 60% of the total compared with Algeria at 65%, Morocco at 72% and Tunisia at 76%. We also did well in electricity consumption where we lead Africa and in motor vehicles per 1 000 people, but pretty dismally in fixed-broadband penetration.

The bank said that, after some years of sustained economic growth, South Africa had developed a sizeable black middle class that “is estimated to have more spending power than the country’s white population”. The Guardian reported that the McKinsey Global Institute predicted that consumer spending in Africa would reach $1.4-trillion in 2020, up from $860-billion in 2008.

“Though many of the continent’s countries remain among the poorest in the world, there are now more than 100 000 Africans with at least $1-million to invest, according to the consultants Merrill Lynch and Capgemini,” the Guardian reported. “This year’s [2011] Global Wealth Report said the number of Africa’s super-rich grew by 11.1% in 2010, faster than in any other region. What’s more, the report said, their combined wealth grew by 13.6% last year to $1.2-trillion.”

This is a different Africa to the one Mandela knew as a boy, one that no doubt would please him. At Qunu, the flags at Mandela’s compound were flying at full mast when we visited. Two days later a DJ, watching old footage on e.tv of the year-in-review tweeted that Madiba had been admitted to hospital.

A government spokesperson responded, also on Twitter, by wishing Mandela well, and two news organisations tweeted that they were following up this breaking news. The DJ compounded his error by tweeting: “We need to calm down. News is that Mandela is in hospital; not critical.”

The incident is characterised as poor reporting, which it is, but it and the inept communications deployed when Mandela was actually hospitalised are more to do with how ill-prepared we are as a nation to deal with Madiba’s inevitable passing.

Our guide told us the great man would be buried in the family cemetery at his Qunu home where his parents, two sons and a daughter are buried. When the fateful day arrives, we will have memories in abundance to reflect on. My thoughts will be of the sliding rock and a simple life magnificently lived.

A fanatic of the free market, Herman Mashaba advances extreme economic policies for South Africa. But he needs political power first, so he rides on xenophobic sentiments for votes
Read more
Business

Tshegofatso Mathe spoke to people in the South African business world about structural racism in our economy, and what must be done to overcome it
Read more
Advertising