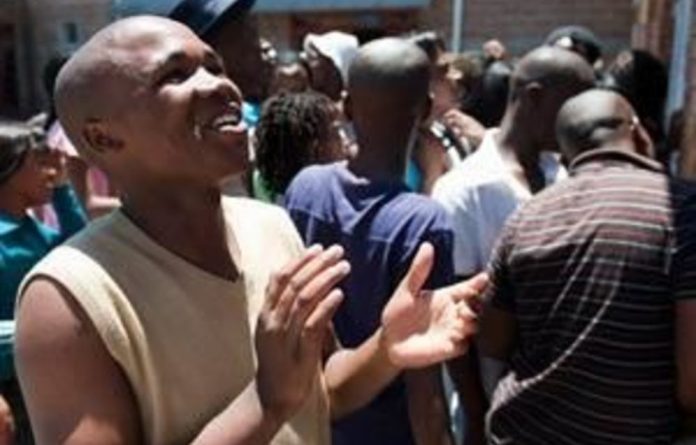 The 2011 matric results were released this week to much fanfare, with Basic Education Minister Angie Motshekga beaming on stage as her assistant pulled the results from an envelope. It turned out that no less than 70% of South Africa’s matrics were the recipients of a National Senior Certificate (NSC).

Was Motshekga — with her stage act — pandering to the national obsession with pass rates or was she trying to draw greater attention to the numbers on the card and away from the real questions plaguing education? You have questions — we have answers.

But which questions should be looked at, since our pass rate is starting to look respectable.

Are the results a true reflection of the quality of education in the country? A lot of people are sceptical because it takes so little to secure a pass. Students need only 40% in three subjects, including their home language and 30% in another three subjects to pass. This means that a student who scored an average of 35% for matric could leave school with an NSC.

The measure of a successful education is whether students are leaving school both literate and numerate, and are able to learn new skills as they enter the work force, or learn new concepts once they enter higher education. It’s doubtful whether a student with a 35% average would be successful on any of those counts.

There’s also that nagging feeling that the results have been fiddled with. If we go back a few years, we find a big leap in the matric pass rate — 10% in the last two years — which has never been adequately explained.

And that’s before we even get to the mark adjustments.

What mark adjustments?
Each year the state’s quality assurance body Umalusi analyses the results to ensure they are kept in line with the previous year’s performances. If needed, the raw marks are adjusted to remove inconsistencies that might creep in during the examination process or due to external factors. For example, if a paper is deemed to have been too difficult, marks are adjusted upwards and if it’s found to have been too easy, the marks are scaled down. According to Umalusi, this is standard practice internationally and has been going on in South Africa since 1918.

Last year Umalusi was placed under great scrutiny due to the massive improvement in the matric pass rate for 2010. The adjustments are usually secret but after the storm kicked up by the public and the media, the body released the information for the first time.

It revealed wild inconsistencies in the level of difficulty among African language exams and showed that English home language question papers for last year’s controversial matric exams had the highest failure rates of all the home language subjects.

Shortly afterwards, Umalusi announced that it would continue this practice of making the mark adjustments public. It’s expected to release the details of the mark adjustments for 2011 on Monday. Although the raw marks were retained in most subjects, they were adjusted downward in eight subjects and upward in three subjects.

Despite speculation that the results in maths and physical sciences may have been adjusted upwards in 2011, Umalusi’s chairperson Dr Sizwe Mabizela says the raw marks in the subjects were retained.

How can we tell if our students are really any good?
One way to assess quality is to look at how many students achieved a university exemption.

This year barely one in four matrics who passed were eligible to attend university. But only about half of those with exemptions will go on to actually attend university, which is competitive, over-subscribed and expensive. Add to that the fact that about a third of university students drop out in their third year and the prospects begin to look even bleaker.

The maths result is another measure of success. Maths provides entry into critical career paths in which new blood is desperately needed if South Africa is to remain economically competitive.

Commerce, engineering, science and medicine generally require matric students to score no less than 50% in maths.

But less than 40% of the 2011 matrics — about 104 000 students — wrote maths. And almost half of those who wrote the maths exam failed. It’s unclear how many of those who passed managed to score more than 50%.

That’s pathetic. And don’t they say that maths is actually easier today than it was in my day?
It’s actually hard to say whether maths today is easier than it was, say, 10 years ago because the curriculum has changed so much. Today’s maths curriculum doesn’t have the same depth it once had but it’s been broadened to include topics such as statistics, probability, calculus and some non-Euclidian geometry. Because of the range of topics covered, some teachers struggle to cover everything over the course of the year and there’s been some discussion about whether the topics should be reduced.

It’s also been said that the new curriculum doesn’t force students to use their logical problem-solving abilities.

Why’s the curriculum so broad?
The NSC, and in particular maths, has been criticised for trying to be all things to all students. Some students need the subject because it’s a requirement for university education, while others need it to study further in more technical fields. This makes it too challenging for some and not challenging enough for others.

Despite all this, maths teachers say that the exam this year was both fair and sufficiently demanding.

Can’t we just change the curriculum again?
The education system has been through so many changes over the last few years that any more changes would be disastrous.

Education experts generally agree that it’s more important to stick with what we have and try to stabilise the system. It’s hoped that problems with the quality of passes will be fixed with time, as both expectations and standards improve.

So how do we improve matric maths results?
There’s no quick cure for improving maths results. South Africa’s problems with education are systemic. The woefully underprepared matrics of today are the confused six-year-olds of yester-year.

In international benchmark studies on numeracy and literacy, South Africa consistently performs among the worst in the world, regularly outstripped by smaller and poorer countries.

Last year the education department held the first of what will be annual national benchmarking assessments to get an idea of where the gaps are for the country’s grade three and six students. The gaps, it seems, are everywhere.

How do we fix this?
Education experts argue the key to fixing the system is fourfold.

A strong school leadership — dedicated principals, department heads and parent-teacher associations — is one of the keys to ensuring a well-functioning school environment and this has been proven to have a major impact on the quality of education children receive.

Teachers must also have solid content knowledge and a good understanding of the best teaching techniques. Pupils also need to take responsibility for their learning — that means paying attention in class, doing their homework and studying hard. And finally, families also need to take an interest in their children’s education and provide support and encouragement at home.

This may sound like commonsense but it is hardly the case for many South African children, who may attend poorly run and poorly resourced schools that have teachers who are badly trained. They may come from families where parents themselves have had little schooling and spend long hours at work and so find it difficult to be involved in school affairs or to help their children with their schoolwork.

Another area where a lot can be done to improve young South Africans’ chances of success is by investing in early childhood education. Reams of studies have shown that good quality preschool education improves the chances of children staying in school and passing well.

Sadly, hundreds of thousands of children, especially in poor and rural areas, still enter grade one without preparation. In 2010, only 707 203 learners were placed in grade R, even though the annual grade one enrolment is closer to 1-million. The state is working towards universal access to Grade R by 2014.

Meanwhile, plans are also under way to standardise the way teaching and learning is conducted across the foundation, intermediate and senior phases, with government rolling out new curriculum statements and accompanying workbooks in the foundation phase this year.

These should help even poorly trained teachers structure their teaching more appropriately and guide classroom activities. Even so, it will be at least a decade before the effect these interventions may have on the quality of education in the country can be assessed.