Kallis climbs back to second spot in ICC rankings 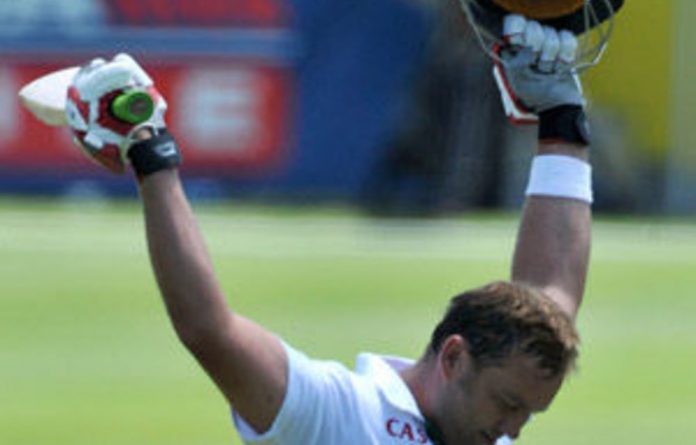 Jacques Kallis has climbed back to second position in the world rankings for batsmen and all-rounders, the International Cricket Council (ICC) announced on Sunday.

Kallis (36) had dropped to fourth among batsmen and fifth in the all-rounders’ list, but a magnificent effort in his 150th Test saw him rising in both tables.

Playing at his home ground, he struck back at Newlands after a disappointing second Test against Sri Lanka in Durban where he made his first “pair”.

He delivered a career-best 224 in the Proteas’ first innings in the final match and returned three for 35 to help set up a 10-wicket victory and a 2-1 series win.

Meanwhile, AB de Villiers gained three places to occupy fifth position among batsmen after hitting an unbeaten 160 at Newlands, while opener Alviro Petersen, who scored 109 in his comeback Test, moved up 13 places to 55th.

Seam bowler Vernon Philander, in a remarkable debut season, rose seven places to a career-best 21st in the rankings for bowlers after match figures of six for 100.

Speedster Dale Steyn remained in the top position in the standings, while Morne Morkel dropped one spot to sixth and spinner Imran Tahir climbed nine places to 58th.

The Proteas remained third in the ICC Test Championship, but were guaranteed to climb to second after the fourth and final match between Australia and India in Adelaide later in January.

Trailing 2-0 in the series, the best India can achieve is a 2-2 draw, which will not be enough to retain second spot, with the Proteas climbing one place as they close in on leaders England. –Sapa