Google and Twitter lock horns in battle for the internet 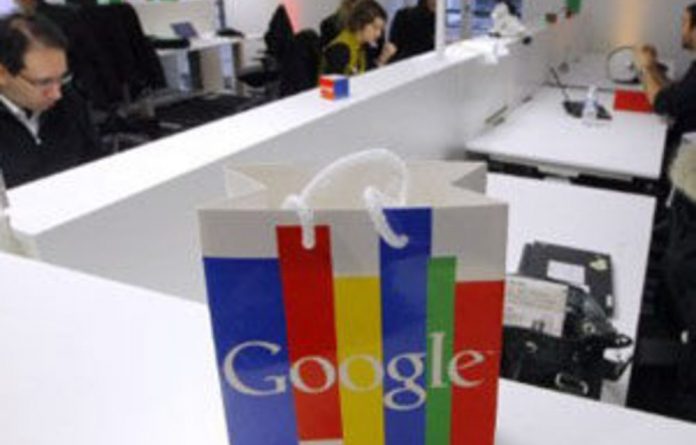 Google has angered Twitter and faces accusations of “warping” its search results and breaking antitrust rules by boosting posts from its Google+ social network in its standard search results.

The changes, which are presently only being implemented in the US via google.com, mean that when people search for information — particularly about individuals — while logged in to Google+, results from the social network will be prominently displayed on the first page of results along with other results from the wider web.

That is likely to have the effect of making existing Google+ users more likely to use the network because they will see fewer results from outside when they search for information — the first page of search results leads to about 90% of click throughs on PCs.

Twitter’s lead lawyer, Alex Macgillivray, called it a “bad day for the internet” and suggested — as a former Google employee — that there would have been dissent internally “at search being warped this way”.

The company later followed it up with a statement, saying: “For years, people have relied on Google to deliver the most relevant results any time they wanted to find something on the internet.

“As we’ve seen time and time again, news breaks first on Twitter, as a result, Twitter accounts and tweets are often the most relevant results. We’re concerned that as a result of Google’s changes, finding this information will be much harder for everyone. We think that’s bad for people, publishers, news organisations and Twitter users.”

Transformation
However, Amit Singhai of Google, introducing the changes in a blog post, said: “We’re transforming Google into a search engine that understands not only content but also people and relationships.” He pointed out that Google is introducing a “toggle” that will let people see the results with and without personalisation.

Google is keen to break into the social networking space, having tried before with its Orkut and Buzz products, but seen both fall behind Facebook and Twitter. Its importance is seen as so great internally that Larry Page, the co-founder who took over as chief executive a year ago, has made staff bonuses dependent on the success of Google+.

The Guardian‘s own tests on google.com when not signed in to any Google account found that links to people in Google+ appeared prominently in suggested searches and in most cases also in results, when searching for names including the blogger Robert Scoble, Facebook founder Mark Zuckerberg and search expert John Battelle.

The alteration is not yet being extended to mobile phones using Google’s Android operating system which has more than 50% of smartphone sales worldwide.

Having a Google account is almost essential when using an Android phone because many of the Google services built into the phone require it. A Google spokesperson gave no indication of when or whether the search changes would be extended to Android phones.

Fair practice
The change has come in for criticism from a number of search experts. “Search engines are supposed to send you away to the best information, even if they don’t have their own in stock,” noted Danny Sullivan, who added that Google has previously been excellent at providing links to the most suitable information. “Today’s change is one of the few times where I’m thinking ‘What the hell are you doing, Google?'”

He thinks that Google’s move, which clearly promotes its own nascent service — which was only launched last year, but which Google said had 40-million users last October — could attract antitrust scrutiny because it is only listing information from Google+ posts and because it is offering suggestions of users to follow on Google+.

In the US, it is illegal for a company which is dominant in one field to use that dominance to gain competitive advantage in another.

Microsoft fell foul of the Sherman Antitrust Act in the late 1990s after it used the PC dominance of Windows to force out Netscape’s web browser in favour of its own Internet Explorer and was found guilty of “tying” the two after being prosecuted by the US justice department.

Google’s decision to favour Google+ posts which would not rank highly by its normal criteria — generally, the number of “authoritative” pages on the web linking to it — could suggest that it is favouring its own product in order to grow it more quickly. That in turn could breach antitrust laws.

Monopolising the market
Battelle commented that the integration “is clearly ‘tying’ in the sense of what Microsoft got slapped for in its DOJ antitrust case, but the context is different — Google doesn’t have a clear monopoly in search, just a pretty darn big one”.

Google’s share of search in the US is about 65%, whereas in Europe it is far more dominant, with more than 90% of share — comparable with Microsoft’s in PC operating systems.

Shivaun Raff, the co-founder of the shopping comparison site Foundem — which has filed a complaint in Europe alleging that Google favours its own products in shopping and travel and downplays rivals when serving results — told the Guardian: “In my opinion, this is the second time that Google has found a way to leverage its dominance of search to give Google+ an advantage.

“First, Google announced that Google +1 recommendations were a ranking factor which immediately placed sites under pressure to add +1 buttons, giving Google+ a kick-start independent of its popularity or merits.

“Where making +1 links a ranking factor encouraged sites to add +1 buttons, starting to feature Google+ content in search results will inevitably encourage people and businesses to start using Google+ and creating content. Is this more fuel for an antitrust investigation? Any new technique Google introduces to leverage its dominance of horizontal search to unnatural advantage in adjacent markets or industry sectors are likely to be of interest to antitrust regulators on both sides of the Atlantic.”

If Google extends the promotion of Google+ results to European countries where it has a greater share of search, and also if it extends it to results on Android phones, then it may face more urgent calls for antitrust investigation.

In Europe, the antitrust commissioner Joaquin Almunia is already considering whether to outline a “statement of objections” to the search giant’s business practices relating to content produced by sites such as Foundem and Ciao, and newspaper publishers and advertisers. —

With the Covid-19 pandemic exposing many structural cleavages and spurring racial tensions, it is likely that the post-pandemic South Africa will encounter new challenges and setbacks on the road to reconciliation
Read more
Friday