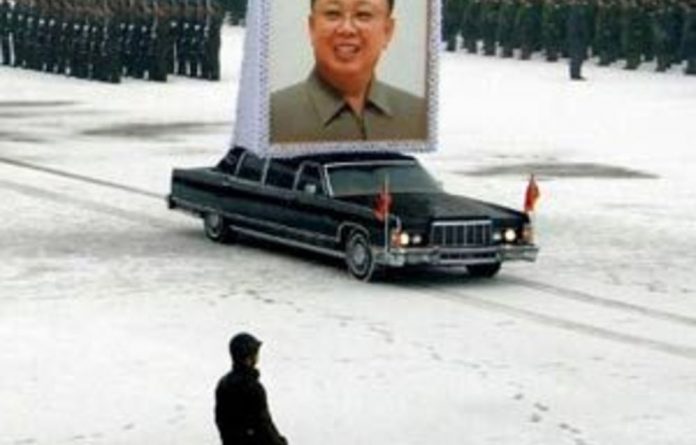 North Korea said on Thursday that the preserved body of Kim Jong-il would go on permanent display in a Pyongyang palace also housing his father, and memorial towers would be built nationwide to honour the late leader.

“Great leader Kim Jong-il will be preserved to look the same as when he was alive, at Kumsusan Memorial Palace,” the official KCNA news agency reported.

The embalmed body of Kim’s father, founding president Kim Il-Sung, is already on view to favoured visitors to the building.

Kim Jong-il died on December 17 of a heart attack at age 69 after 17 years in charge of the impoverished but nuclear-armed nation. His son Kim Jong-un has taken over the leadership after the second dynastic succession.

KCNA, quoting a decision from the ruling communist party which described the late Kim as its “eternal leader”, said a bronze statue of him would be erected.

It said smiling portraits “and towers to his immortality” would be built nationwide. And his birthday on February 16, “the greatest auspicious holiday of the nation”, would be named the Day of the Shining Star.

Godlike status
Kim’s body, dressed in his trademark khaki tunic, was put on display at the palace before his elaborate funeral on December 28.

The late Kims were the subject of a massive personality cult that bestowed near god-like status on them.

Analyst Paik Hak-Soon, of Seoul’s Sejong Institute think tank, said Thursday’s announcement “shows the absolute authority of the past leaders and is also aimed at boosting Jong-un’s status as their direct descendant”.

Paik said the declaration of February 16 as the nation’s greatest holiday had the same purpose — bolstering Jong-un’s status.

Jong-un, aged in his late 20s, has been declared “supreme leader of party, army and people” and formally appointed as military chief. Troops held a rally on Monday outside the memorial palace to pledge loyalty to the new leader.

He closely resembles his grandfather Kim Il-sung, whose birthday on April 15 is known as the Day of the Sun. Kim Il-sung was declared eternal president after his death in 1994.

Embalming
Few details were given of what kind of statue would commemorate Kim Jong-il.

A towering bronze statue of Kim Il-sung, unveiled in 1972 to mark his 60th birthday, is customarily the first stop for foreign visitors to Pyongyang. Tour groups or individuals are expected to lay flowers at its feet.

Kim Il-sung’s corpse was embalmed with the help of a Russian team.

One of them, Pavel Fomenko, told his country’s media last month that Russian specialists had visited North Korea several times to renew the embalming, a process that takes about a month.

Fomenko was quoted as saying that the North had spent $1-million on the preservation of its founding leader and he did not expect money to be a problem this time either. — AFP