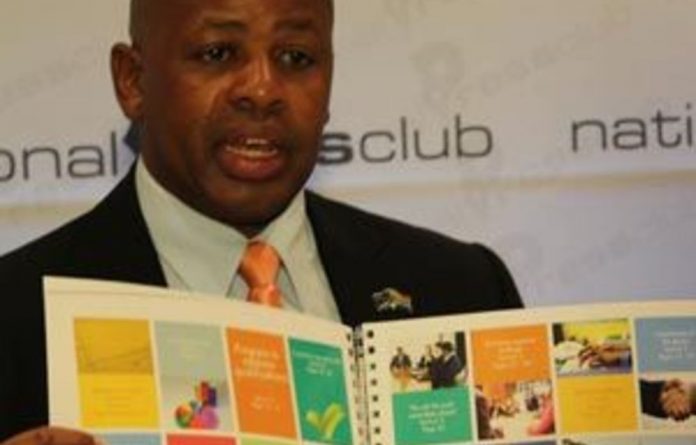 In his auditor general’s report on the financial processes of SA’s provinces, a ducking and diving Terence Nombembe has refused to be drawn on the government’s controversial decision to place provincial departments under central administration.

Nombembe on Monday refused to be drawn on the controversial move by national government to place several provincial departments under financial administration.

“It is the prerogative of government to do what they see fit; the minister of finance has explained the logic,” Nombembe told reporters at a press briefing addressing 2010-2011’s national audit outcomes.

In early December the treasury took over the running of several departments in the Limpopo, Free State and Gauteng provincial governments.

Finance Minister Pravin Gordhan described the departments as having the “potential for overspending”.

The central government assumed control of Limpopo’s finances, as well as the province’s departments of education, transport, health and public works.

In Free State, the departments of finance, policing and transport were put under state control, along with the Gauteng government’s department of health.

At the time, Gordhan said all the departments taken over would be investigated for “corruption and maladministration”.

“We don’t have any reason to agree or disagree with the move,” Nombembe said on Monday.

It has been speculated that the move was politically motivated, as the majority of departments put under administration were in Limpopo, the premier of which is Cassel Mathale — a known ally of ANC Youth League president Julius Malema, who in turn is one of President Jacob Zuma’s greatest political adversaries.

Since the controversy, several senior ANC members have publically criticised Zuma for allegedly orchestrating the move.

In the beginning of January, Mathale accused Zuma of “punishing innocent service providers” by taking over several of his departments.

Nombembe would not elaborate on his office’s tacit support for the move.

“Generally, anything that goes towards strengthening fiscal disciplines and financial controls, we would support. It may be an uncomfortable and controversial step but if it assists in preventing the same problems then so be it,” Nombembe added.

When pressed for an opinion on the financial reasons for placing the provincial departments under central control, Nombembe said it was not his office’s place “to offer their thoughts”.

“We only look at the end of result. Our job is not interfere with management issues but to make sure that financial processes are carried out effectively,” Nombembe added.