Oprah draws stares on her first visit to India 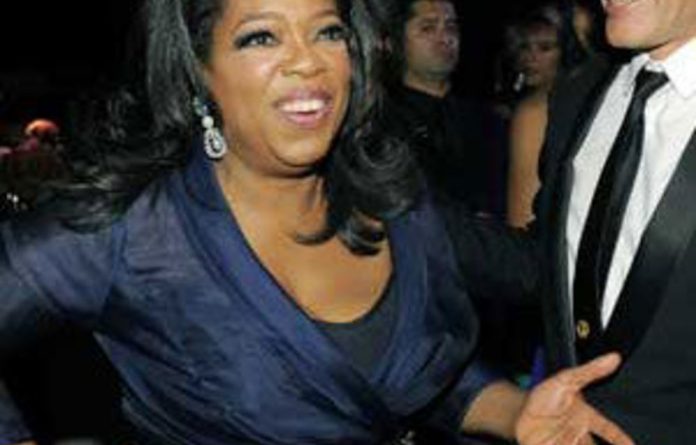 Oprah Winfrey stopped traffic in a slum in Mumbai on Tuesday, during the second day of a week-long visit to India.

Hundreds thronged roadsides to catch a glimpse of the US talkshow host.

On Monday evening, Mumbai’s celebrities had turned out to meet Winfrey after she arrived in India to film an episode of her new series, Oprah’s Next Chapter.

She then headed to the party thrown in her honour by a local designer and attended by dozens more Bollywood stars.

On Tuesday, Winfrey toured a slum in the Colaba neighbourhood close to the Taj Palace hotel where she is staying.

The visit was part of an effort “to see all aspects of the country to get a broad view of what it is like to be an Indian”, she later told reporters.

“What I love most about this country is their tolerance — how the families learn to love and live together. When I was in America and talking to famous people … I would ask how you [Indians] live with your parents? Now I see how you do it,” Winfrey was quoted by local media as saying.

The visit is the TV personality’s first to India. She is expected to film at the Taj Mahal and interview the American self-help guru and bestselling writer Deepak Chopra.

Winfrey is also expected to appear at the Jaipur Literary Festival this weekend. —