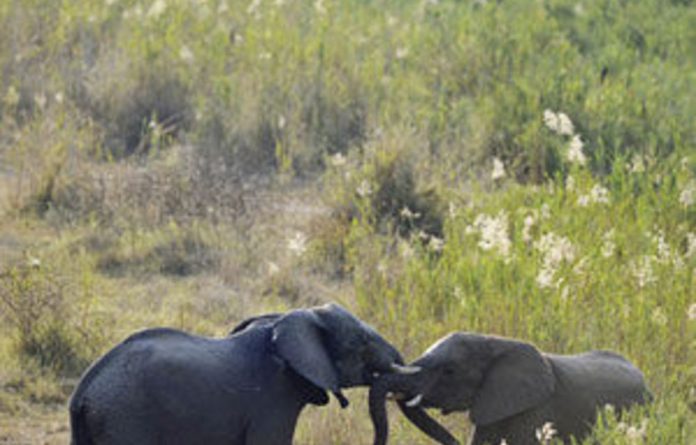 Nearly 500 people were flooded out of their homes in Mozambique’s capital after a tropical depression brought torrential rain and high winds, city officials said on Wednesday.

South Africa’s Kruger National Park was affected, which is busy during the summer season.

The homeless in Mozambique were being sheltered in schools, churches and even on sports fields, city officials said. In the southern Inhambane province, officials said roofs were blown off 71 classrooms, seven teachers’ homes and two offices at a school. In neighbouring Gaza province, 40 small homes were swept away and 1 000 goats were killed.

In South Africa, helicopters were used to evacuate guests from one private lodge and a trail in Kruger, which borders Mozambique, park officials said in a statement on Wednesday. Flooding has made some roads and low-lying bridges inaccessible and several camping sites and a picnic area were closed, they added.

Hoedspruit evacuations
Meanwhile, the South African Broadcasting Corporation reported on Wednesday more than 30 people had to be airlifted to safety in Hoedspruit in Limpopo due to flooding in the region.

“The bridge between the air force base and the town has been washed away, and several roads are impassable,” South African Air Force spokesperson Pete Paxton told the broadcaster.

“There is a lot of water and there is a lot of areas flooded after heavy rainfalls over the past two days, but especially yesterday … We then embarked on search and rescue operations with helicopters and we rescued about 30 people from either islands or treetops, or the roofs of houses, and we evacuated them to safety in the air force base in Hoedspruit.”

“The most important thing is to avoid all gravel roads in the Kruger National Park … We have issued a statement this morning to warn people about the water situation. Crocodile Bridge is closed because the bridge is overflowing.

“We have closed Phalaborwa Gate as well, and bridges leading to Letaba and Mopani camps are overflowing at this stage.”

Visitors to the park should contact the public relations office to ask about the condition of the roads they intended using.

“We received reports that some of the bridges have been affected by rains, so we request all road users to be cautious when using the roads. If a driver sees water on a bridge or near a bridge that is partially submerged, we request they assess the situation, whether it is safe to cross, and if there is any doubt, they must not use the bridge and find an alternative route.”

South African Weather Service senior forecaster William Msimanga said the strong downpours had been caused by the sub-tropical depression Banbo, the fourth of the season.

“We are still issuing a warning for persistent heavy falls in the Lowveld of Mpumalanga and Limpopo for the rest of this afternoon and tonight [Wednesday],” he said.

Over the past 48 hours, 109mm of rain was recorded around Mbombela, 139mm around Skukuza, and 270.9mm around Hoedspruit.

About 170mm was recorded to have fallen around Phalaborwa over the last 24 hours.– Sapa-AP, Sapa