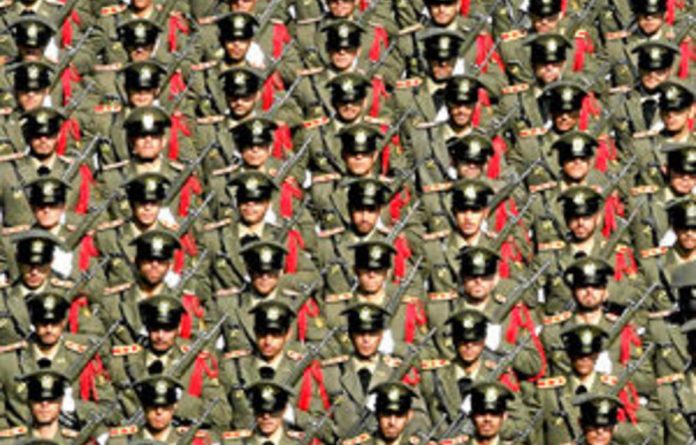 Tension between Western powers and Iran, which has been simmering for decades, has heated up considerably in recent weeks and is in danger of boiling over into full-scale military conflict.

Because South Africa sources about a quarter of its crude oil imports — about 100 000 barrels a day — from Iran and another quarter from neighbouring Saudi Arabia, geopolitical events involving these countries could seriously knock the local economy.

The South African government should be crafting contingency plans to deal with possible fuel supply disruptions and price surges.

The ostensible reason for the tension is Iran’s nuclear programme, which Tehran insists is for civilian energy production only, but Western countries allege it is a cover for the production of nuclear weapons.

But it is no secret that energy security is a major driver of United States and Nato foreign policy and that Iran possesses the world’s second-largest reserves of both natural gas and oil. Moreover, the Islamic state has close ties with Russia and China, both of which have invested heavily in Iran and supplied it with conventional weaponry and, in the case of Russia, nuclear energy technology.

The hawkish Israeli leadership continues to threaten a “pre-emptive” military strike on Iran’s nuclear facilities. Defence Minister Ehud Barak recently stated that after September it would be too late to disable Iran’s nuclear-enrichment capabilities because some of the installations were being moved underground.

For now, however, the US and European Union (EU) are opting to use economic pressure on Tehran. On New Year’s Eve President Barack Obama signed into law the controversial National Defence Authorisation Act that, among other provisions, imposes harsh economic sanctions on corporations or central banks that transact with the Central Bank of Iran. The legislation, due to come into effect within six months, aims to obstruct the sale of Iranian oil exports and thereby deprive Tehran of critical oil revenues.

Although the Act authorises Obama to grant waivers in cases in which oil purchasers experience difficulty in reducing their consumption of Iranian crude, the sanctions may force South Africa to find alternative suppliers and pay higher prices for one-quarter of its oil imports. So far, the government has not decided how it will respond.

On January 4 the EU agreed in principle to establish an embargo on oil imports from Iran, which sells 600 000 barrels a day to the bloc. Analysts from French bank Société Générale warned that an embargo could send Brent crude prices into the $125 to $150 a barrel range.

As a result of the existing and threatened sanctions, Iran’s currency has depreciated a precipitous 40% in the past month, rendering many imports increasingly unaffordable. In response to the sanctions Iran has threatened to close the Straits of Hormuz, the narrow “choke point” in the Persian Gulf through which one-third of the world’s seaborne oil is shipped. At the end of December the Iranian military conducted 10 days of war games in the straits — and now the US and Israel are preparing to hold their largest joint naval exercises in the Gulf.

Both sides have a lot to lose from an all-out war: much of Iran’s infrastructure would be destroyed, whereas spiking oil prices would deal another crippling blow to fragile, debt-ridden Western economies. Nonetheless, there is a danger that the current brinkmanship could result in a miscalculation that triggers a “shooting incident”. Société Générale reckons a temporary closure of the Straits of Hormuz could result in oil spiking to between $150 and $200 a barrel.

South Africa would suffer economic consequences with the rest of the world, much as we did after the last oil spike in 2008 that helped to spur the great recession.

In the past few years South Africa has experienced several episodes of localised petroleum product shortages, including road construction companies being unable to source bitumen, households facing shortages of liquefied petroleum gas, aeroplanes being grounded because of insufficient jet fuel stocks and petrol and diesel pumps running dry at hundreds of service stations.

Although caused by temporary problems at local refineries, these events revealed both inadequate strategic reserves of refined petroleum products and the fragile nature of our logistics chains. Fuel shortages can cause great inconvenience to commuters and substantial financial losses to businesses. They can also be devastating to farmers if they occur at critical harvesting or planting times.

The threat of military conflict involving Iran should be taken seriously by the South African government. Authorities should formulate emergency response plans to deal with sudden and severe limitations on petroleum imports. They must be ready to implement measures for rapid demand restraint — such as carpooling and eco-driving — in combination with a fuel rationing system that includes a prioritisation plan to ensure the continued functioning of emergency services, the transporting of medical supplies, food production and distribution, and deliveries of coal to power stations.

In addition, the state must have plans to respond to the possible social panic, hoarding behaviour or civil unrest that could accompany dislocations in fuel and food supplies and sharply rising prices.

Let us not repeat the folly of denial and complacency that precipitated the electricity crisis in 2008, but rather take positive steps to build our resilience against external shocks.

Jeremy Wakeford is an independent economist specialising in energy and sustainability. He chairs the Association for the Study of Peak Oil South Africa, a think-tank that researches and raises awareness of the implications of global oil depletion for South Africa.