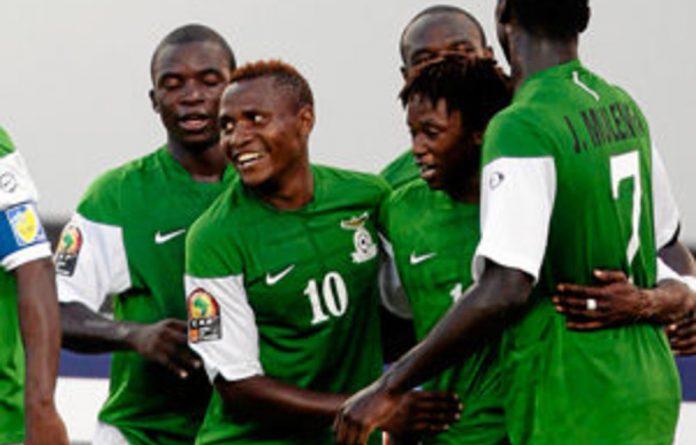 Should Zambia reach the final of the 2012 Africa Cup of Nations in Libreville, Gabon, they can count on a presence that will not have far to travel.

On April 27 1993 a decrepit Zambian Air Force DC8, the ZAF Buffalo, caught fire and crashed into the Atlantic Ocean shortly after taking off from the Gabon capital. The plane had made a refuelling stop in Libreville en route to Dakar. All 30 passengers died, among them most of the finest generation of footballers Zambia had ever ­produced. Eventually 24 bodies were recovered, but only 13 could be identified.

The team’s captain, Kalusha Bwalya, was in Holland and about to set off for a jog when he heard the news. He had been due to join up with the home-based squad in Dakar two days later. The dead included six of his comrades from the team that registered an unforgettable 4-0 victory over Italy at the Seoul Olympics in 1988. They included Derby Makinka, Timothy Mwitwa and Wisdom Chansa.

Ever since, Bwalya’s life — as survivor, skipper, coach and now president of the football association — has been committed to mending the broken heart of Zambian football.

In 1994, less than a year after the tragedy, he led a second-string Zambia to an improbable, poignant silver at the nations cup. Nineteen years later, grief has blurred into acceptance. “Zambians would not be who we are as a country if it were not for the Gabon air disaster,” said Bwalya this week in Equatorial Guinea. “It’s part of our lives and we accept it.

“And I’m not sure there will be much symbolism or emotion about being in Gabon for the boys in this squad,” he said. “Some of them weren’t even born when it happened. But for me and one or two of our travelling party, it will get very emotional.

“I flew over the area of the crash yesterday and you have to be strong not to feel what one feels, because I lost most of my friends, my roommates, the people who shared my ambitions. They are somewhere down there,” said the former PSV Eindhoven superstar.
“If we do get to Gabon for the semifinals [Zambia’s fixtures are in Equatorial Guinea until the quarterfinals], we will have done honour to those fallen heroes.

“In 2009, it was the first time we had a complete generation of players in their own time, ready to make their own history,” he said. “You can’t replace human beings with other human beings. We always tried to pay tribute to those we lost, but it was impossible to close that gap — until now.”

The Chipolopolo (Copper Bullets) of 2012 are credible semifinal contenders and long shots for the title, despite lacking a dominant star of Bwalya’s calibre. French coach Hervé Renard has been central to the Chipolopolo revival, inculcating a sophisticated passing game and guiding Zambia to their first quarterfinal place in 14 years at Angola 2010 Cup, where they lost to Nigeria on penalties.

Renard then took the more lucrative Angola job and was replaced by the Italian coach, Dario Bonetti. Eyebrows were raised across the continent when Bonetti was ditched immediately after qualifying Zambia for these finals and the Frenchman was handed his old gig back. But Bwalya is unrepentant about swinging his axe.

“There were several reasons for it, but the team wasn’t fulfilling its potential [under Bonetti],” said Bwalya. “Renard built this team and introduced many of the players. People decided he was better placed to confront this critical period, with two nations cups and World Cup qualifiers coming up.”

It does not help Renard’s cause that his most accomplished forward, Jacob Mulenga of FC Utrecht, is unavailable due to injury. The only other Europe-based forward is R30-million-rated Emmanuel Mayuka of Grasshoppers Zurich, a nippy customer who could shine this month.

Zambia’s limited European exposure need not be a problem. By taking some big scalps at these finals Chipolopolo can prove a point about the rising quality of Southern and Central African leagues. The brisk growth of the Zambian economy in recent years has enriched professional clubs and juiced up development, yielding a harvest of talents such as 17-year-old Evans Kangwa of Nkana, the free-scoring forward tipped to join Orlando Pirates soon.

The squad is also well stocked with solid South African Premier Soccer League professionals: Isaac Chansa, Clifford Mulenga, Kennedy Mweene, Joseph Musonda and Collins Mbesuma. “The PSL is well represented at this tournament, through Botswana and ourselves, and so are the Zambian and Congolese leagues,” said Bwalya.

“We have to see whether the collective strength of Southern African domestic football can feed back on to the nations cup stage. This tournament is a big test for the region. Individually we are doing okay. We have some superb talent, but now we have to transform that into playing effectively as teams.

“It’s time that this part of the continent makes a statement,” he said. “We’ve only had one champion since South Africa in 1996. And the bulk of that team was local. So why not?”

To which many would reply: “Because it’s not 1996 anymore, that’s why not. Elite African football has moved to Europe. Everything has changed.” But Bwalya is not one to submit meekly to the twists of history. It is not his forté.