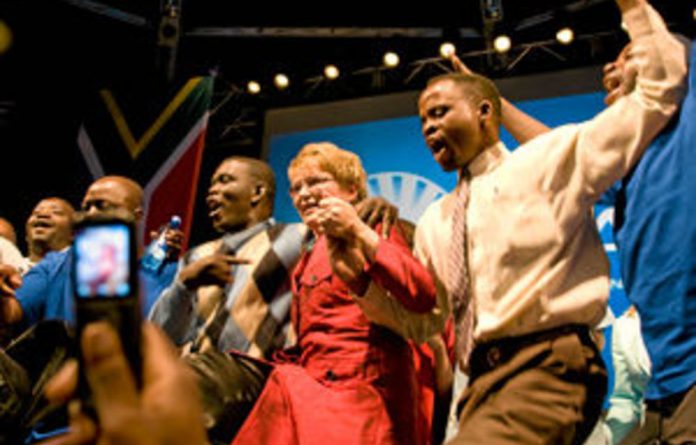 Not since Jimmy Kruger, police minister in the 1970s, uttered the words “Biko’s death leaves me cold” have the words spoken by a serving politician caused such outrage among blacks as Western Cape premier Helen Zille’s labelling of musician Simphiwe Dana as a “professional black”.

Kruger’s officers had killed the leading light of the Black Consciousness Movement and he responded by telling the world that he didn’t care. It enraged a black nation already at the end of its tether over the sustained, brutal oppression by the minority apartheid government.

I suppose one ought not to have been shocked by the bile spewed by a man who served a racist system that was reptilian in intent and design. Cold-blooded.

What is surprising though is to find a leading politician 18 years post-democracy indulging in such derogatory language as describing someone as a “professional black” in the context that was used by writer Jacob Dlamini in describing Black Management Forum president Jimmy Manyi in March last year. This is what he said.

“He is among those for whom blackness is a job description. He is not a black professional in the sense that one is a black engineer or a black accountant. He is, simply, a professional black. His profession is his blackness. He trades on his skin colour.”

Dlamini’s comment was offensive then but is even more so now when looked at through the prism of the role that Zille plays in public life and the power that flows from it.

She is an elected official and the leader of the country’s second largest political party, a party that professes to embrace diversity and tolerance. By engaging in this kind of name-calling, she has made nonsense of that claim.

Zille, a leader of the people, has resorted to the same destructive, repulsive name-calling that harks back to the apartheid we thought we’d buried instead of debating the issues raised by Dana and others.

It shows her up as a person seemingly devoid of sense and sensitivity when it comes to issues of race.

Zille is always quick to point to her activism against apartheid and the fact that she speaks isiXhosa in defence of the charge that her party only addresses white minority interests and is not inclusive. This is the same person who tasked her domestic worker with teaching her how to dance during the elections, because, you know, all black people can dance.

Dana is an accomplished musician but she has also fashioned a political role for herself based on an ideology aligned to the black-consciousness thinking of people like Steve Biko. It has influenced her activism and strong views on the racism and inequality she feels are rampant in the Western Cape.

Although I’m sure she enjoys being a thorn in the side of Zille, she is shortsighted in attributing the racism there to solely Zille and the Democratic Alliance government.

The problems of the Cape when it comes to racial integration are historic, demographic, structural and spatial. Black people who felt unwelcome in the past didn’t suddenly feel more so when the province and city were led by the ANC. The party political game of musical chairs is merely cosmetic and seems to make no difference to whatever deep-seated prejudices exist between the major racial groups.

In fact, both parties seem to exploit them. I’m surprised the ANC has not made more political capital of the Zille blunder in the same vein that the DA exploited the comments made by Jimmy Manyi about coloureds, given that the ANC’s support in the Cape continues to wane.

Our heated racial debates will not be soothed by politicians wishing to score points. They must take place among the people.

My colleague Mmanaledi Mataboge, who used to work at the Mail & Guardian, wrote a sterling piece two years ago that resonated with black people with its reference to the kind of smile white people give you when they encounter you in the street or in corridors.

It struck a chord and elicited mirth because we all know the smile she was referring to. It is a slightly nervous and anxious half-grin that doesn’t quite reach the ears, which seems to convey the message: “Whatever will this black person do or say to me?”
But the comment upset white people, who were oblivious to what she was referring to.

The first step in managing racial discord cannot be a dismissive disavowal of the pain people feel and the expectation that one should go through a checklist of racial snubs and offences and report them to head office. That is trite.

We must heed the words of Bram Fischer, who came from an influential and privileged Afrikaner family but sacrificed all that to fight apartheid, when he said in 1965: “What is needed is for white South Africans to shake themselves out of their complacency, a complacency intensified by the present economic boom built upon racial discrimination.”

There must be a recognition and an admission of the hurt caused and, in this instance, it must begin with an apology from Zille to all of us blacks. “Professional” or otherwise.