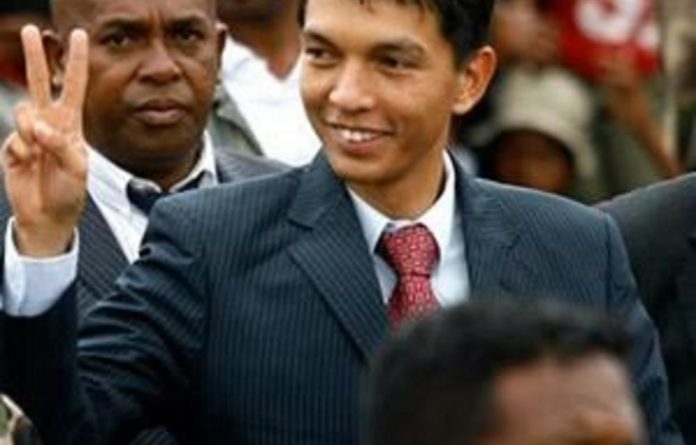 After blocking an attempt by Madagascar’s exiled president to fly to the Indian Ocean island, the man who ousted him says he wants to send a plane to South Africa to pick up Marc Ravalomanana and bring him home to be arrested.

South Africa, which has hosted Ravalomanana in exile and been trying to mediate between him and his rival Andry Rajoelina, is unlikely to allow that step, which was outlined in a statement issued late Saturday by Rajoelina’s office.

Rajoelina toppled Ravalomanana in 2009 and now leads a unity government charged with preparing for elections next year. Saturday’s events raise questions about whether Madagascar’s factions are ready to move forward.

Rajoelina’s statement said authorities were determined to carry out an arrest warrant issued after a court last year convicted Ravalomanana in absentia of conspiracy to commit murder in a case related to the turmoil during the overthrow that forced him to leave. Ravalomanana called the tribunal illegitimate.

Authorities in Madagascar “wish to send a special plane to Johannesburg to bring Marc Ravalomanana to Madagascar so that he be brought to … justice,” Rajoelina’s administration said.

On Saturday, Ravalomanana, his wife, aides, journalists and several ordinary passengers boarded a commercial flight from South Africa to Madagascar’s capital, Antananarivo. Four hours later, after having turned around mid-flight, the plane was back in Johannesburg.

Rajoelina’s presidency said Antananarivo airport in central Madagascar had been closed on Saturday because of security concerns after large crowds of Ravalomanana supporters gathered there. The pilot was apparently told to land at an airport on the island’s west coast.

The change “was not only to allow judicial police to carry out the arrest warrant against [Ravalomanana], but also and especially to allow the situation to return to normal” in the capital, the presidential statement said.

Ravalomanana supporters dispersed relatively peacefully Saturday, and the capital was calm on Sunday.

Ravalomanana has said he wanted to return to work for peace and democracy in Madagascar, and that he would participate in proposed elections.

Aides had said he would meet with South African officials about Saturday’s developments. There was no word on Sunday on the outcome of any talks. — Sapa-AP

Rajoelina and Ravalomanana have been locked in a fiercely personal duel for power, coming first and second in the preliminary election in November
Read more
Africa

Rajoelina has returned to power after he won 55.66% against 44.34% for Marc Ravalomanana in the run-off vote held last week
Read more
Africa