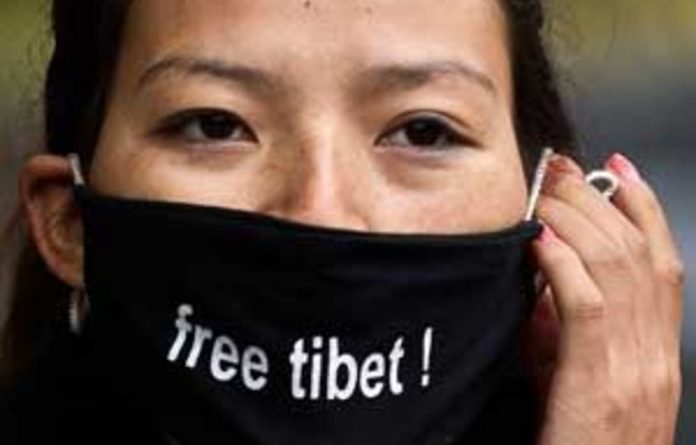 Chinese security forces have fired tear gas to break up a protest by Tibetans in the southwest province of Sichuan, the latest flare-up of volatile unrest in the region.

On Tuesday, the official Xinhua News Agency also confirmed a separate clash in Luhuo, a township in the heavily Tibetan western highlands of Sichuan, and said one protester was killed. Both confrontations erupted on Monday.

Free Tibet, a London-based organisation that campaigns for Tibetan self-determination, said in an email that troops fired the tear gas at Tibetan protesters in Meruma township, Aba County, called Ngaba County by Tibetans.

“Tibetans had gathered to protest Chinese oppression on the occasion of Chinese New Year, having decided that they would not celebrate the lunar New Year because of the current repression in Tibet,” Free Tibet said.

“Additional security forces have been deployed in the area and roads connecting Ngaba to the surrounding counties have been closed by the authorities.”

‘Brittle’ control
Although the two clashes appeared to peter out by Tuesday, they laid bare the brittleness of Chinese control in the traditionally rebellious Tibetan highlands of Sichuan.

In 2009, protesting Tibetans and their supporters abroad also called for a boycott of the celebrations to show anger after deadly unrest a year earlier.

Chinese security forces have been on edge after 16 incidents in which Tibetans set themselves on fire over the last year in response to growing resentment of Beijing’s controls on religion.

Most of the incidents occurred in Sichuan. Some of the protesters have called for the return of the Dalai Lama, the exiled Buddhist leader revered by many Tibetans.

Rival accounts of deadly clash
The confrontation in Aba came on the same day that, according to two advocacy groups, Chinese troops in another part of Sichuan’s mountainous western edge fired on thousands of Tibetan protesters, killing at least one and wounding more.

Xinhua, citing local authorities, said dozens of people were involved and had clashed with police after rumours spread that three monks would set themselves on fire in protest.

“The crowd, some wielding knives and hurling stones, attacked a police station. They smashed two police vehicles, two fire engines and stormed into nearby shops and a bank, damaging the bank’s cash dispenser,” Xinhua said.

One protester died in the clash and others were injured, as were five police officers, said the report, which added that the violence ended on Monday evening.

The Free Tibet group said the deadly shooting happened after protesting Tibetans gathered in Luhuo, about 590km west of Sichuan’s capital of Chengdu, and marched on government offices, where security forces opened fire.

Roused to action
An exiled Tibetan source, who said he had spoken to a contact in Luhuo, told Reuters that the protesters were partly roused to action by a leaflet spreading in the area.

“The leaflet stated in first person ‘I am going to self immolate on 1st day of the Tibetan new year, I have two different purposes for the self-immolation: one is to show my solidarity with people who have self-immolated since 2009, and the second is, that I have the same resentment that the people who immolated themselves had’,” said the source, who requested anonymity to protect his contact.

One resident — a 49-year-old Tibetan man called Yonten — was shot dead by government forces and another 30 or so residents were injured, said Free Tibet.

Another advocacy group, the International Campaign for Tibet, said three people were killed and about nine injured when police fired into the crowd in Luhuo, which is called Drango or Draggo by Tibetans.

‘Dozens’ dead
A Tibetan resident of a village close to Luhuo told Reuters that he had not seen the clash, but had heard that 30 or more people were injured, and possibly three or four died.

“Today seems calm so far, but I don’t know whether there’ll be big problems later,” said the resident, who asked that his name not be used out of fear of reprisals.

An official from the propaganda office of Luhuo, however, denied that anything abnormal had happened there.

“Everything is normal. We’re all just enjoying the holiday,” said the official, who hung up without giving her name.

After protests in Tibet’s regional capital Lhasa mutated into deadly attacks on ethnic Chinese residents in 2008, unrest spread across many ethnic Tibetan areas, and western Sichuan was among the most volatile areas.

China’s foreign ministry has branded the self-immolators “terrorists” and has said the Dalai Lama, whom it condemns a supporter of violent separatism, should take the blame. — Reuters