Gauteng grapples with hospitals and ‘haircuts’ 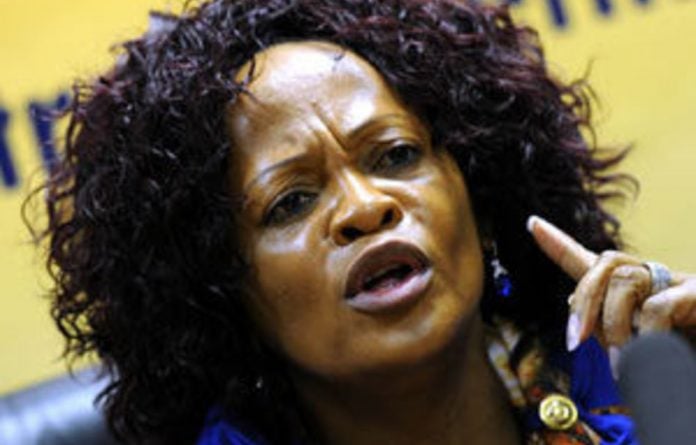 The Gauteng provincial government is taking steps to decentralise the management of essential services so that hospitals have more control over their daily running.

In addition, provincial departments will take a 3% “haircut” in order to raise R700-million to pay off part of the province’s debt.

This is according to Gauteng’s finance minister, Mandla Nkomfe, who addressed the media at a press conference held in Johannesburg on Monday, to refute reports that it had wasted public money to the tune of R6.6-billion.

On Sunday, City Press newspaper stated that Gauteng “squandered 10.9% (R6.6-billion) of its budget on unauthorised, irregular and wasteful expenditure” and pointed out that auditor general Terence Nombembe had “blamed leadership that did not take full ownership and accountability for the preparation of financial statements”.

Nkomfe said: “The manner in which the City Press reported the findings of the auditor general is lacking contextual information and meaning to the public,” and added that it was important to distinguish between unauthorised expenditure, wasteful expenditure and irregular expenditure.

“All our resources are directed towards service delivery within the prescripts of the [Public Finance Management] Act,” he said.

Jack Bloom, Gauteng caucus leader for the Democratic Alliance, said that, to be fair, unauthorised and irregular expenditure could not be counted as wasteful expenditure as they resulted in the purchase of needed goods.

Nkomfe said that by the end of December, the provincial government had paid R685-million towards the debt accrued by the health department but that it was still dealing with invoices dating back to 2002.

Established in 2001, the GSSC provides back-office support — in the form of auditing, human resources, procurement, financial services and tech support — for the province’s departments. But the service has been plagued with inefficiencies and over the years it has been widely blamed for poor service delivery, particularly in the province’s schools and hospitals.

Priorities
“We have already devolved some of the functions to the department of health and our focus now has been to prioritise the four central hospitals — Chris Hani Baragwanath, George Mukhari, Steve Biko Academic and Charlotte Maxeke — with an intention of devolving to all other hospitals and to district services,” she said.

Issues related to infrastructure and maintenance had been devolved to the four hospitals, which have appointed CEOs, CFOs and human resources officers to recruit support staff. Mokonyane said the next step would be to appoint people who will deal with supply chain management and procurement.

The system will be rolled out to all other hospitals in the province in the new financial year.

Mokonyane said the GSSC will continue to deal with cross-cutting functions such as IT, auditing and investigations but that the “real things that make departments function will go back to the respective departments”.

Daygan Eagar, a researcher at health NGO Section27, welcomed the move, saying the GSSC has been a very problematic supply chain management system. “It’s been highly ineffectual and wasteful and has resulted in the loss of millions of rands due to mismanagement,” he said.

With the right support, devolving the GSSC could be a positive move. “For larger facilities it can be a good thing, if they can ensure that they have the right people in supply chain management,” he said.

At the same time it could be problematic for smaller hospitals, which did not have the human resources to deal with the added layer of bureaucracy. In such cases, Eagar said, the province should second people to those facilities that need the help.