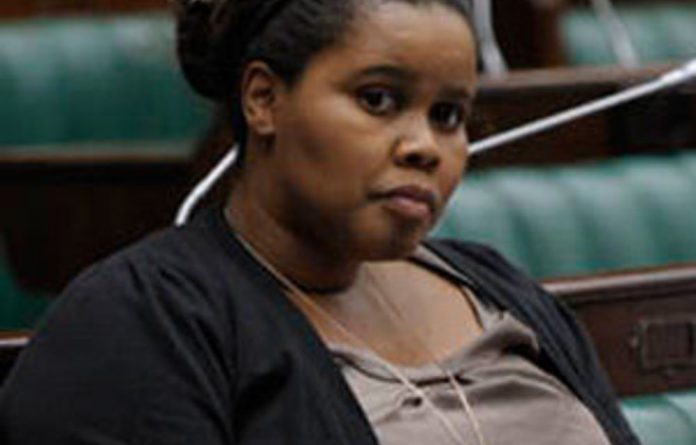 Democratic Alliance MP Masizole Mnqasela will plead not guilty to six charges of misconduct filed by the party, it was reported on Tuesday.

The Sowetan newspaper reported that Mnqasela would make his plea when he appears before the DA’s federal legal commission next week.

“I am consulting my legal team tomorrow [Tuesday] and I will address a press conference to state my case,” he said.

In a statement released on Monday, Mnqasela said the charges were “hilarious and a desperate attempt [by the DA] to suffocate divergent views”.

During the campaign for DA parliamentary spokesperson Lindiwe Mazibuko last year, Mnqasela allegedly said she was not black enough to attract African voters to the party.

“If you close your eyes and listen to Lindiwe Mazibuko when she speaks, you would say a white person is talking to you,” he reportedly said.

DA leader Helen Zille said Mnqasela’s conduct and utterances were not in line with the policies of the party.

Mnqasela said the charges were a fabrication and smear campaign against him.

“I am of the strong conviction that these charges are a basket of a wishlist determined by those who crafted them to terminate democratic political activity and sound reasoning with the DA,” he said.

“I also believe they are designed to silence any contestation for positions in the future, within a party aptly named after this grand institution of political system.” — Sapa