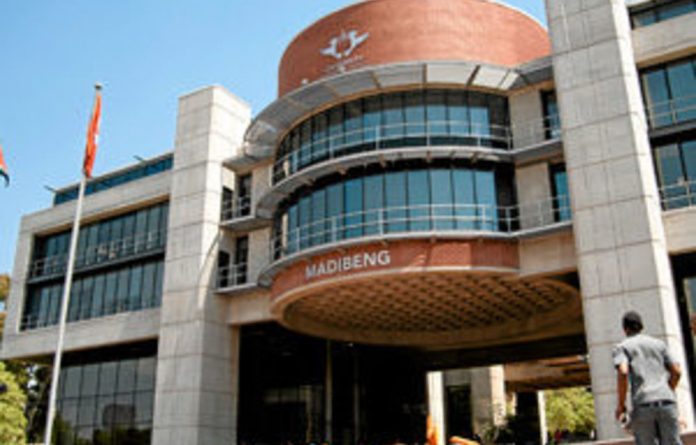 The desperate stampede for places at the University of Johannesburg this month was a reminder of the importance of a university education and the failure of the public higher education system to accommodate a sufficient number of black students.

It is true that black enrolments since 1994 have increased. But this apparent gain in equity is not the whole story: it must be seen in relation to the entire population of people of university-going age.

The internationally accepted definition of gross enrolment rate — also referred to as the “participation rate” — calculates this figure by dividing total enrolments by the total population aged between 20 and 24 and expressing this fraction as a percentage. In terms of this calculation, the South African public higher education participation rate has shown small growth since 1994 — and for African and coloured men it has declined.

But to see whether access to higher education has really improved for South African youth in the past decade and a half, one needs to consider their participation rates. This means that the figures must exclude foreign students and be seen in relation to the appropriate age cohort.

As the table above shows, the participation rate of Africans (12.1%) is just more than one-fifth of that of whites (58.5%) and less than one-quarter of that of Indians (51.2%). The coloured participation rate (14.3%) is not much better, but it has improved by about two percentage points since 2004. White enrolments have declined, but so have whites in the relevant age cohort, which is why white participation rates have remained constant over the period.

Male participation rates are lower than female in all the population groups — 14.3% versus 17.7% female overall. African males have the lowest participation rate of all — 10.7% compared with 13.5% for African women.

By gender, the participation rates for the other population groups are:

Our higher education participation rate of 16% is far below that of other countries. For example, Unesco figures show that, on average, the equivalent rate in Latin America and the Caribbean is 37% and in the United States and Western Europe 72%. Only South and West Asia and sub-Saharan Africa have lower rates (13% and 6% respectively). Brazil, which has a high Gini coefficient rate (an indication of inequality in the society), like South Africa, does much better in this respect with a higher education participation rate of 34%.

Many factors contribute to South Africa’s low participation rates. Government expenditure on higher education is low compared with other countries and it declined from 0.9% of gross domestic product in the late 1980s (with teacher colleges included) to 0.67% in 2009. The per-student expenditure by government declined from R27 900 in 1987 to R14 700 in 2009 in real terms (using the rand in 2005 as a measure).

The schooling system is often blamed for failing to deliver sufficient numbers of African and coloured students with the appropriate matric grades to gain admission to university. But research has shown that there are many students without good matric passes who nevertheless have the potential to succeed in higher education, provided they are given sufficient academic support. Yet the funding formula does not reward universities sufficiently for admitting and supporting such students — and the recent green paper on post-school education and training does not explore this highly feasible option.

Funding and other policies have also led to declines in the intakes for the arts and social sciences and coursework master’s programmes since 2004. One consequence of this is noted in the green paper: between 2004 and 2010 graduates in the humanities (excluding education) grew slowly (1.7% a year) and master’s enrolments as a share of total enrolments declined from 6.1% to 5.2%.

Meanwhile, thousands of students will continue to clamour for university places. They know that one is far more likely to be employed if one has a degree than if one has not — and even a few years of university education is much better than nothing.

Unfortunately, a large proportion of the applicants will not get places because they have not met the entrance criteria or universities simply do not have places.

Of those who are offered places, many will drop out soon afterwards because they are unable to pay the fees required or support their living costs. According to figures from the former department of education, about 30% will leave in their first year and a further 20% will do so during their second or third years.

The girl who fell out of school