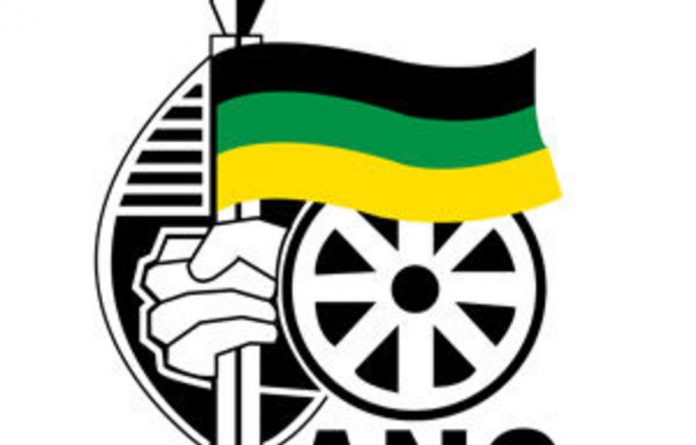 The age of the internet, so awash with symbols and images, has made the insignia of the age of African revolution appear so old school.

The symbols, most of them pared down and “primitive”, were meant to rally a people abruptly amalgamated into states. These were people who, a century earlier, hadn’t thought of themselves as one nation.

Some of the symbols — spears and shields, bulls and roosters, maize cobs and drums, stars and sunrises — were conceived as accessible metaphors to rally people suffering under the colonial yoke.

Is a country’s destiny inscribed in the logo of the party that “brought’ independence? Does the choice of colour and symbol determine the path the nation follows? The disastrous patriarchal nationalism in Kenya, Ghana and Malawi is reflected by a rooster featured in the parties’ coats of arms.

The last change occurred in 1987 when the ANC, realising that apartheid was about to be defeated, asked its members for a spanking new logo to commemorate its 75th anniversary.

The logo to be updated was conceived and designed by the late artist Thami Mnyele. A division of the ANC, known as the Printing Press and then headed by today’s Reserve Bank governor Gill Marcus, called for new design ideas.

Drawings soon started coming in from the camps in Angola and elsewhere. After a sizeable pile had been gathered, it became clear that revolutionary fervour alone didn’t always mean craftsmanship:

Mnyele’s design couldn’t be trumped. “Thami Mnyele’s original design incorporating the shield, the spear and the four-spoke wheel of the Congress of the People should remain as part of the logo,” said Mellet.

Spear of the nation
Using some of the ideas coming through, the committee asked McDonald, a talented graphic designer, to synthesise the ideas and come up with something new that didn’t stray far from the original. And so it was that the committee came up with the present ANC logo. To the four-spoked wheel they added another four.

“I immediately hit the printing presses and we were churning out millions of pamphlets, posters, journals, information packs with this new logo and it has not stopped since then,” wrote Mellet in a memoir, looking back at his days of struggle.

But this week artist and historian Omar Badsha said: “The spear and shield [represent] the armed struggle. [These are] MK’s [Umkhonto weSizwe’s] spear of the nation or the shield of the nation. The green stands for the land, black for the people and yellow for the gold and mineral wealth. The cog was the symbol of the Freedom Charter campaign and also represented the 1950s Congress Alliance, the multiracial alliance. It was the symbol of four nations: whites, Indians, coloureds and Africans.”

The new wheel recognised that, through the labour movement and the Mass Democratic Movement of the 1980s, there were indeed many spokes to the wheel that rolled on to take us to liberation and this became the new symbol of unity.”

The ANC mixes the traditional with the modern but some of its younger siblings on the continent are more minimalistic. One classic example is the symbol of Swapo, the party that has been active in Namibian politics for almost five decades. The image — a silhouette of a militant man with a clenched fist against a backdrop of blue, red and turquoise — owes something to the Black Panther Party, whose symbol was a raised fist.

It is little wonder then that the often repeated words of Sam Nujoma, the founding leader of Swapo, are an uncompromising statement that seems to define the party’s raison d’être. “When the history of a free and independent Namibia is written one day, Swapo will go down as having stood firm where others have wavered; that it sacrificed for the sacred cause liberation where others have compromised,” Nujoma said while he and his comrades were fighting the occupation of their country by South Africa.

Post-independence rivalry
Incidentally, in Zimbabwe the slogan “Pamberi neZanu” (“Forward with Zanu”) is chanted to the accompaniment of a raised clenched fist. To distinguish it from Zanu, the opposition Movement for Democratic Change’s slogan, “Guqula izenzo” (“Change your ways”), is chanted while stretching out one’s palm.

A Stellenbosch University-based literary scholar, Grace Musila, has argued that, referring to the Kenyan elections of 2007, we could view the post-independence rivalry between President Mwai Kibaki and Prime Minister Raila Odinga through the prism of masculinity. In those elections some questioned whether Odinga was circumcised and expressed displeasure over Kibaki’s “absent president leadership style”.

Musila argues that this “emphatic lingering on the two men’s manhood not only emphasised the historically masculinist posture of state machinery, it also underscored what can be termed the phallocratic landscape of state power in the country”.

She could have been writing about the several nationalist movements that have bulls or cocks as their ­symbols.

Raging bulls
Kanu, the liberation movement headed by Jomo Kenyatta, has a cock standing majestically against its tricolour. Unita, one of the main Angolan parties of the 1970s alongside the MPLA and FLN, also has a cock on its tricolour. Kamuzu Banda’s Malawi Congress Party and Kwame Nkrumah’s Convention People’s Party also had the rooster as their symbol.

There was a time in the 1980s when Zanu-PF was symbolised by a cock and its rival, the Joshua Nkomo-led PF-Zapu, was represented by a raging bull.

Ndabaningi Sithole, Enos Nkala, Robert Mugabe, Leopold Takawira and others broke away from Zapu to form Zanu, later known as Zanu-PF. Zapu later folded into Zanu when the two parties signed a unity agreement in 1987 that ended the Gukurahundi, a war that claimed the lives of up to 20 000 civilians in the Matabeleland provinces.

How they came up with the symbol is symptomatic of the naked ambition and competitiveness of the time. The two hegemonic parties had negotiated the Lancaster House settlement that brought independence as the Patriotic Front. But Mugabe and other hardliners in Zanu knew they could win the elections without Zapu’s input.

Old symbols for a new nation
As the young nation prepared for its first democratic elections, Nkomo got a call from a British bureaucrat running the plebiscite asking his party to submit its logo. Zapu would have preferred an eagle, one of the sky’s eminent predators and one of the totemic artefacts found at the Great Zimbabwe monument. The official, however, thought the eagle resembled the cockerel too closely and requested something distinct.

In a telephone interview with Dumiso Dabengwa, a veteran nationalist and a key lieutenant of the late Zapu leader, Nkomo (Nbebele for cattle) opted for the bull because the “bull dominates the kraal”.

Incidentally, one of Mugabe’s praise names is Karigamombe, Shona for “the one who fells cattle”.

Even though Zanu-PF started out as a Marxist-Leninist organisation, it doesn’t show the same attachment to wheels, hoes and sickles displayed by other Marxist movements, such as the Tanzanian liberation movement, Chama Cha Mapinduzi (Swahili for Party of the Revolution).

The Zanu-PF emblem, the conical tower at Great Zimbabwe, against the backdrop of a wall, with two trees jutting out on either side of the edifice, represents the ideas of nation and a proud heritage that were whirling around in the 1950s and early 1960s.

Act of defiance
In the book, Do Zimbabweans Exist?, historian Sabelo Gatsheni-Ndlovu writes about how the nationalists coined the name Zimbabwe.

Lawrence Vambe, a veteran nationalist and author, told the historian: “This name was arrived at by us, among other reasons, as an act of defiance to our white masters who argued that we were far too primitive to have been capable of constructing such a sophisticated structure as the Great Zimbabwe edifice.”

One wishes that the ANC had commissioned a graphic artist to commemorate its century of struggle officially, as they did in 1987, to note whatever they considered their achievements to be, to celebrate the victories of the past 25 years and, most importantly, to mark the challenges ahead.

The symbols and their attendant ideas may have been adequate for the nationalistic 1960s and the decades that followed but a new century needs new insignia and new symbols for citizens for whom colonialism and apartheid are, increasingly, becoming a hazy memory.