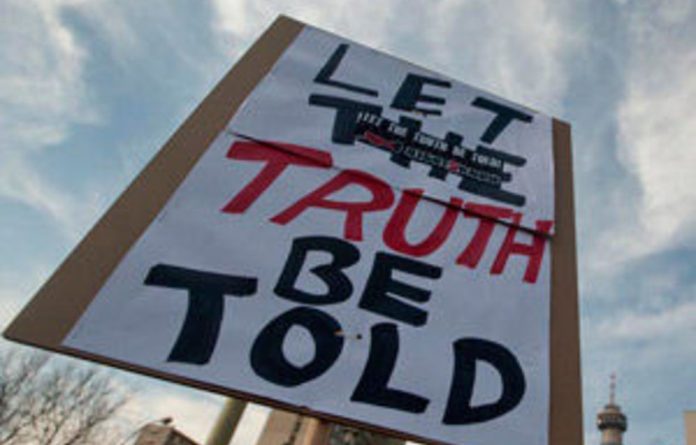 Cosatu has mirrored the ANC's offensive on the print media faithfully, finding that the three major newspaper groups "reflect the outlook and prejudices of the capitalist class" and backing calls for tougher regulation of the press.

In a six-page submission to the Press Freedom Commission (PFC), the federation praises the ANC for having "opened up an important public debate" on its 2007 Polokwane conference resolution on the media, and particularly for its investigation of a statutory media appeals tribunal.

But it stops short of endorsing a tribunal, saying that it has not yet decided its stance, and declares that it would oppose any body that could be used "to intimidate the media into not exposing crime, corruption, incompetence or waste of money".

It does not explain how a statutory tribunal could avoid doing this.

The submission, which quotes extensively and approvingly from an ANC paper on the media, titled "Media transformation, ownership and diversity", is one of 200 to have reached the commission.

It says that it "shares the concerns" expressed at Polokwane about "the increasing concentration of ownership control and content". The three major media groups, Media24, Avusa and Independent Newspapers, "all reflect the outlook and prejudices of the capitalist class that own them — pro-big business, the 'free market' and private enterprise".

Ideological offensive
Cosatu says the ANC is correct to argue that this level of concentration reinforces "a major ideological offensive, largely driven by the opposition and fractions in the mainstream media", whose aim is to promote market fundamentalism and the retention of "old apartheid economic and social relations".

It approvingly quotes the ANC document as saying that "a cursory scan on the print media reveals an astonishing degree of dishonesty, lack of professional integrity and lack of independence" but offers no evidence to support this charge.

The federation also claims that "brown-envelope journalism [the bribing of journalists] may run even deeper than meets the eye" and that there may be "permanent briefing sessions between faceless leaders" in the tripartite alliance and journalists where money changes hands. Again, it offers no supporting evidence.

It concludes that there is a strong case for more stringent regulatory mechanisms (irrespective of the model) "with more independence and more teeth".

Cosatu parliamentary co-ordinator Prakashni Govender said the federation's central executive committee would decide on its position on a media tribunal next month. Cosatu's general secretary Zwelinzima Vavi said this week that he had not read the submission and he refused to say how he viewed the tribunal proposal.

However, a known supporter of the tribunal and chief executive of the Media Diversity and Development Agency, Lumko Mtimde, said that the parliamentary investigation would take place "after Parliament meets to plan its activities for the year".

'Toothless'
He said that the tribunal "was never intended as pre-publication censorship. It's about post-publication [punishment]. It's never been intended to take away from what exists but rather to strengthen self-regulation. The ombudsman system is toothless and this reality has been accepted. That's why it is has reviewed itself."

Mtimde insisted that the tribunal would be "independent of politics" and accused the South African National Editors' Forum (Sanef) of "hysteria", believing that it would stifle freedom of expression. "The fact remains we have to acknowledge bad journalism, [and] deteriorating and declining professional standards."

Sanef chairperson Mondli Makhanya said: "We are all fallible human beings who will, from time to time, make mistakes as humans do" and that systems of accountability were needed.

"What South Africans should not do, however, is conflate the need for media accountability mechanisms with political oversight over the media. We are committed to strengthening the current mechanisms and increasing public confidence in this important institution in our democracy."

He said that the media had played a huge role in the development of democracy with investigative journalism, in-depth reporting and giving society a platform to debate issues.

Glenda Daniels is a national working group member of the R2K campaign.