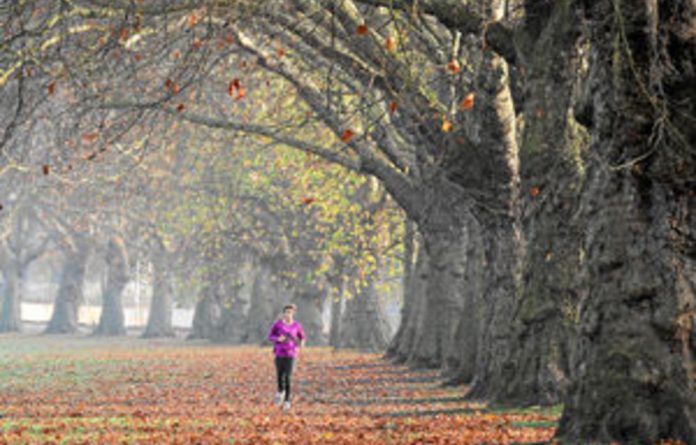 If you made a New Year’s resolution, the chances are you have already broken it. But do not give up so easily. Most resolutions are about trying to get healthier and you do not have to do anything drastic to get there. What follows is a failure-proof guide to tweaking your lifestyle.

Do not join a gym
Not joining a gym will not make you healthy, but it will stop the false belief that you have achieved something. Dr Domhnall MacAuley, former editor of the British Journal of Sports Medicine and visiting professor of sport and health at the faculty of life and health sciences at the University of Ulster, Ireland, believes a stepwise approach is best. “There is a lot of evidence to show that it is the people who do nothing at all who benefit the most from just doing a little bit. The biggest benefit comes from getting off the couch. Then you need to start walking: it is the best exercise for the cardiovascular system. Take the stairs and do not park your car as close to the supermarket entrance as you can. If you say you will go jogging three times a week, there is no way you will achieve it, but if you make exercise part of your life, you are less likely to drop it as an optional extra.”

You should not confuse getting fit with losing weight. “You can’t use it to lose weight without restricting your calorie intake,” says Macauley. “You can get fit irrespective of how fat you are. Exercise reduces strokes, surveys show it may reduce breast and colorectal cancers and there is some evidence for it improving your mood. It is much better to think of exercise as a family activity. Walk the children to school, go swimming or cycling together.”

Alcohol-free days
Forget detoxifying yourself by having an alcohol-free January. There is no evidence that it does any good and it may encourage you to drink more for the rest of the year. Instead, as echoed in a report published recently by Britain’s House of Commons science and technology committee, it is better to abstain frequently (although there does not seem to be evidence to support this either).

“I tell my patients to go without alcohol for two days a week,” says Dr Kate Adams, a general practitioner in Hackney, London. “Too many people drink too much and it is easy to slip into bad habits and drink every night. What patients tell me is that they notice how clear their head is the next morning if they have not had a drink the night before. Everyone I see who gives up drinking for January is miserable. It is all about moderation.”

Do not eat between meals
Try to avoid a gradual build-up of extra kilograms. “Don’t eat between meals,” advises Adams. “Eat healthily. And if you have to have a snack, bring in fruit. Only lose one or two pounds [about 1kg] a week. Make a few small changes — do not feel you are denying yourself.”

A series of papers published in the British Journal of Cancer last month, looking at how lifestyle choices increase the risk of getting cancer, indicated that being overweight or obese contributed to a number of cancers, including colon and breast cancer, that occur after menopause.

“The percentages we put in the papers for the contribution of lifestyle to the development of cancers are for populations and not individuals,” says Professor Max Parkin of the Centre for Cancer Prevention at Queen Mary University of London, who authored the research. “But they do point out the relevance of lifestyle and where you can, as an individual, change your odds of shortening your life.”

Exercise your brain
There is some evidence, but it is not conclusive, that brain training may ward off dementia by improving cognitive function — enough to spawn a multimillion-rand market in brain exercise products such as Nintendo’s Brain Age. But you do not need to spend a lot. “I do a Sudoku puzzle every day,” says Adams. “I don’t know if it improves my cognitive ability, but it stimulates me and gives me a sense of wellbeing, both of which are also good at reducing stress.” Doing crosswords or learning French makes your brain better at doing these specific tasks, rather than having a wider effect on your brain’s ability to retain and reuse information. There is evidence that being sociable is good for your mood and may delay dementia.

Watch less TV
A study in the British Journal of Sports Medicine found that, on average, every hour of television watched after the age of 25 years reduces your life by nearly 22 minutes. The effects are felt through heart disease, largely due to the fact that watching television is a sedentary activity and we all sit too much anyway. But it is a good excuse to switch off the TV.

Get enough sleep
Enough sleep is about seven to eight hours a night, according to the Loughborough Sleep Research Centre in Leicestershire. The effects of not getting enough sleep may be exaggerated, it says, but, if you frequently feel tired by the early evening, have an afternoon power nap for 20 minutes and it will revive you.

Give up smoking
If you are one of the one in five people who still smoke, pack it in. “No lifestyle change is as important,” says Parkin. “There is no point fiddling with the fibre you eat if you are smoking. It can lop 10 years off your life on average.”

January is grim enough without punishing yourself for the excesses of the previous year. Slow and steady wins the race, so choose some realistic goals and by next Christmas you will be in good shape to overindulge all over again. — Guardian News & Media 2012

Longevity is just a few steps away

Long and the short of it: How Africans have shrunk