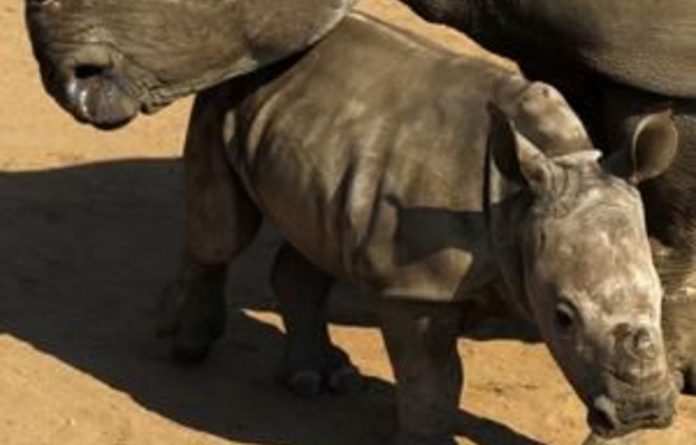 Three rhino poachers were sentenced to 25 years each by the Phalaborwa Regional Court on Tuesday, said an SA National Parks (SANParks) spokesperson.

The three, all Mozambicans, were found guilty of illegally hunting rhino in the Kruger National Park in July 2010.

SANParks chief executive David Mabunda said the sentence was harsher than it had been in other similar cases.

“This is an indication that, as a country, we are taking more stringent measures in the fight against rhino poaching,” he said.

Aselmo Baloyi, Jawaki Nkuna and Ismael Baloy were also found guilty of possessing an illegal firearm (an automatic rifle), possession of a firearm (a hunting rifle) and possession of ammunition.

They were caught with two freshly chopped rhino horns, an assault rifle, a hunting rifle and an axe.

Mabunda said that last year 232 suspected poachers were arrested, including 26 who died in fights with the authorities. — Sapa