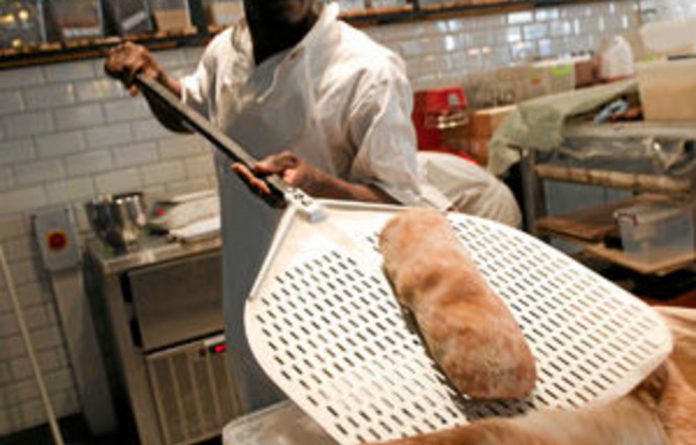 Estate agents will tell you that it helps to sell a house on a show day if you have a bread baking in the oven. The rich aroma and its association with homeliness seem irresistible. Apparently humans have been making bread for 300 centuries.

Making bread is very satisfying, even therapeutic, especially if you do it the old-fashioned way with two risings. I have made leavened bread since university days and never find it a chore. The transformation of just three simple ingredients — water, flour and yeast — into a wholesome food seems almost miraculous.

As you knead the dough, it becomes silky, smooth and elastic — and your hands smell fantastic. Not to ruin the mystery, but what you are doing by kneading is cross-linking two proteins, glutenin and gliadin, to form gluten, from the Latin for glue and named by the Jesuit scholar who isolated it.

The molecular structure of this protein traps the gas produced by the yeast (the same type used in beer), which is why bread needs flour with a high gluten content — cake flour won’t work. In recent years, Eureka Mills has been producing high-quality stone-ground flours from wheat grown where good tillage and crop-rotation are practised. It makes for excellent bread and works out to about R7 a loaf (add R3 for yeast).

Can’t fake it
An electric mixer can be used but any appliance that mixes at more than 40 rotations a minute injures the dough (it damages its cells), accelerates rising and decreases flavour. This is why factory-made bread needs additives to conceal its poor taste.

Today’s instant dried domestic yeasts make baking very reliable. But the air around us is full of wild yeast, which is what you start experimenting with when you get into the fascinating world of sourdough bread, making starters, or sponges, for them. Actually, it is the bacteria in the dough that is responsible for the sourness and attracts
the yeast.

Never rush the rising by putting the dough somewhere too warm. You want the flavours to develop. For classic white or plain brown bread, the first doubling should happen in about two hours and, after the loaf has been punched down (degassed is the technical term) and shaped, it will take another hour to rise, or proof. When the dough has risen, you realise you are dealing with a living thing. It gives you a thrilling feeling.

Bread itself is ‘the staff of life” and we still talk about an agriculturally productive place as a bread basket. No wonder the Bible has hundreds of references to it. Most of us know ‘I am the bread of life” and ‘Give us this day our daily bread”, but there is also ‘For by means of a whorish woman a man is brought to a piece of bread” (Proverbs 6:26).

Filling the gaps
No whorish woman guided me to the new Knead bakery in Kloof Street when it opened in December, a great addition to my neighbourhood.

Very few people bake their own bread every day, and Knead does it terribly well for those who don’t. In Europe, there is nearly always a good family bakery nearby, London being an exception.

It is something we have missed in South Africa but, in Cape Town, this is fast changing. Knead has opened in five locations in as many years.

Evan Faull, of the Faull family that started Silwood Kitchen, is clearly on to a good thing with his neighbourhood bakery cafés.

Knead specialises in ‘artisan” breads, favouring sourdoughs, and uses no preservatives, improvers, premixes or stabilisers, which puts this enterprise in a very different bracket from your supermarket bakeries. It offers more than a dozen breads, including baguettes, ciabattas and a variety of rolls. I particularly like the scrumptious flat Turkish loaf (pure sourdough) and the buttermilk rye. The breads keep well for up to three days if stored properly.

Sometimes in the late afternoon at the Wembley Square café, you will be offered two loaves for R30, or some such deal. Do not wait for bargains, though: some breads sell out quickly and you will not always get your first choice.

Attached to the bakehouses are cafés with wooden tables and airy spaces. They serve coffee, light meals, brioche, charcuterie and breakfasts, and are popular with the laptop crowd.

I find the Kloof Street premise a bit echoey and noisy and only use it as a bakery. Wembley Square is cosier and the Muizenberg spot, in a great old building, faces the beach.

If you would prefer to try your own hand at bread-making, you will find a useful chapter, ‘Breaducation”, in Faull’s book, Café Food at Home.

Making do with the price of bread