For the common good: Old struggles in a new style 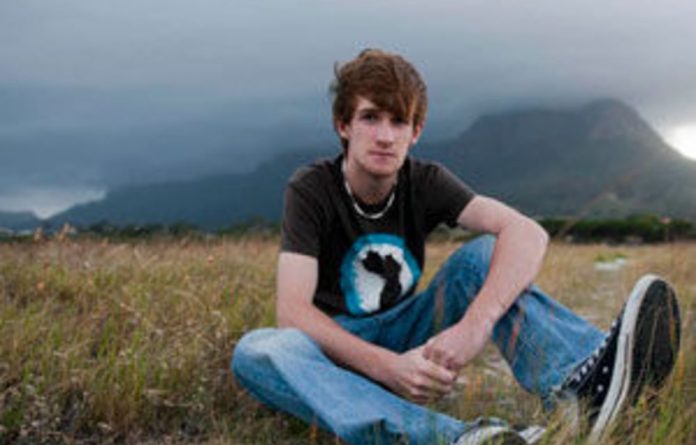 Most of the people who made their way to the Rondebosch Common in Cape Town last Friday to protest against issues such as unemployment and poverty hailed from working-class areas like Mitchells Plain and Manenburg. But 18-year-old Daniel Corder came from just up the road.

Corder, who matriculated from Westerford High School last year, said he wanted to make the point that not all residents of the well-off suburb were necessarily unsympathetic to the issues that protesters were raising.

“I don’t suffer the problems they’re experiencing. I live in the area that they are campaigning in and enjoy the privileges that they are disgusted by, but I still stand with them in solidarity,” he said.

Corder’s decision resulted in his spending almost 10 hours in jail after being arrested with 39 other protesters. Even so, he described the day as a “real learning experience” and said it inspired him to further his aspirations to become a lawyer. “I’d like to be someone like those who helped us at the prison on Friday night — one who serves the public interest,” Corder said.

He said he felt particularly strongly about the actions of the policemen deployed to the common. “Some acted well, some actions were questionable, but many, far too many, acted reprehensibly. I was greatly angered and disturbed by their treatment of the protesters.

“In the face of peaceful, non-destructive protest, many of them acted violently and cruelly. Arms were twisted to near breaking point purposefully, women were pushed to the ground by huge male officers clad in riot gear and many, including myself, were grabbed and pushed around by four or five officers. Many protesters suffered grievous bodily harm,” Corder said.

Images and stories of Corder and other protesters being carried away, by police have featured prominently in the local media. But activist Mazibuko Jara, who is a Democratic Left Front national committee member, said questions about whether the incident was likely to have a positive mobilising effect on social movements in the country might be simplistic.

“The killing of Andries Tatane has not necessarily galvanised people in the Free State into a mass protest movement. More important is the momentum of ordinary people’s struggles. Are corruption, poor spending, failed promises, pro-capitalist policies and increasing attacks on constitutional rights giving a trigger and momentum to social protest and mobilisation? That’s the crucial question,” he said.

Lubna Nadvi, a professor in the school of politics at the University of KwaZulu-Natal, said the left appeared to be a “very fractured space” at present.

“There is no real momentum to pose a challenge to the government and big business and workers’ power, which usually was the form of mass mobilisation the left resorted to, does not seem to have the potency needed to bring about much-needed reform,” Nadvi said.

According to Steven Friedman, director of the Centre for the Study of Democracy at the University of Johannesburg, organisational strategies constitute a fundamental problem. “One of the main ­problems that social movements in South Africa face is that poor people are very difficult to organise because they don’t have resources, they don’t have self-confidence and spend most of their time trying to survive.

“One of the mistakes made by some social movements is that they suffer from naive organisational strategies, believing that if people are poor they’ll automatically rally around them, which isn’t true.”

But activist Mario Wanza, one of the main organisers of the Rondebosch Common protest, said the majority of the 2000 people who signed up were “working-class coloureds”.

Wanza said organisations such as Proudly Manenburg — which he chairs — were driven by the values of the United Democratic Front.

“We’ve turned to an old way of organising in memory of the UDF, whose values are driving all of us. We’re using the same principles of uniting organisations, building a broad front and having a common programme of action.”

Jara, however, said the UDF had operated within a specific context. “It was a specific organisation at a specific time in our history. We need many more UDFs and TACs [Treatment Action Campaign] relevant to our times — on housing, water, retrenchments et cetera ­- in order to challenge anti-poor policies and also demonstrate what a pro-poor alternative could look like.”

Friedman agreed that some of the tactics used by social movements in the post-apartheid era mirrored those adopted by the UDF, but pointed out that the present context was a significantly different one.

“It’s correct to say many of the tactics and even names, like the Soweto Electricity Crisis Committee, used by social movements in this phase are derived from the fight against apartheid. That is there, but it’s a different context. To say that ­people needed to fight for dignity under apartheid is pretty self-evident, but once apartheid ended things became more complicated.”

Nadvi argued that issues such as unemployment, homelessness, HIV/Aids and poverty constituted a ­common enemy around which social movements could unite.

She was unsure, however, whether a South African version of the global Occupy movement, which had been inspired by the uprisings in the Middle East, would be the answer.

“I don’t think the Occupy movement has that kind of potential, because so far it seems to be largely driven by a middle-class group of activists who are politically conscientised,” she said.

“Other formations that have come before, such as the Anti-Privatisation Forum, Landless People’s Movement, Treatment Action Campaign and Social Movements Indaba, have had more of a grassroots flavour and were more closely in line with what the UDF was trying to achieve.

“I think that some of these movements have been working consistently to try to mobilise to address these issues. They have a history and a presence in the post-apartheid context that the Occupy movement doesn’t have.”

Perhaps this presence could be strengthened by newcomers to the movement like Corder, who uses the access he has to the internet to mobilise and inform people about protest action.

“We must support the disadvantaged. We must campaign and seek equality for all, as opposed to sitting happily with the lucky lives we were born into — a birth lottery of sorts.

“But we must not take over the struggles and superimpose ourselves on the movements. We must support but not lead, not be poster boys et cetera, because then it takes away from the people, their struggles and feelings, their fight. We, as the privileged, have skills and resources that we can use to help. But we must lend support, not lead.”