Wounded state crucial in US polls 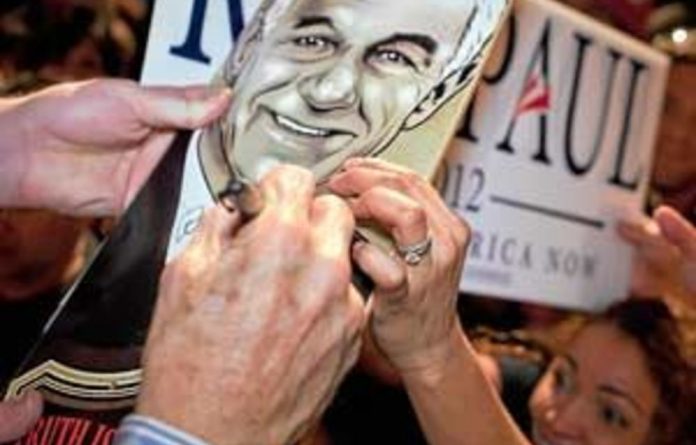 Over the past few days the Republican nomination race has been robbed of its most colourful character: Ron Paul, the 76-year-old libertarian with a devoted young following, has largely been absent from the campaign trail.

His fellow candidate, Mitt Romney, cruised to victory in the crucial Florida primary, crushing his main rival, Newt Gingrich, and re-establishing himself as the party’s frontrunner to take on Barack Obama in November.

But Paul will more than make up for his absence in Nevada. Having decided to more or less bypass the primary in Florida, a large and complex state where he did not command sufficient resources to make an impact, the Texas congressman is hitting Nevada with a vengeance before its caucuses on Saturday.

Nevada is a natural fit for Paul’s brand of libertarianism. ‘We are a state built on gambling, the bars never close, there’s no state income tax as written into our Constitution — so there’s a home here for Ron Paul,” said Eric Herzik, professor of politics at the University of Nevada in Reno.

In 2008, Paul came second to Romney in Nevada. Though the figures left him trailing at 14% to Romney’s 51%, his supporters’ passion swamped the state convention in Reno, completely wrong-footing Republican party leaders — to their immense embarrassment.

So, nobody is underestimating Paul’s potential to upset the race in 2012. The congressman has the advantage of doing well in caucuses, which make exceptional demands on voters, who are expected to turn out for several hours to debate and thus tend to favour those candidates with a committed following.

National convention
Nevada will be just one of several state caucuses this month — including Maine, also on Saturday, and Colorado and Minnesota on Tuesday — that Paul will be targeting in the hope of regaining momentum. He hopes to amass enough delegates in states like Nevada to give him a loud voice at the Republican national convention in August.

Most observers agree, though, that Romney should take Nevada with relative ease. ‘The momentum is going to shift back to Romney and the race will be his to lose,” said Sig Rogich, a prominent Republican campaign consultant in Nevada.

Like Paul, Romney has, over the past four years, built up an impressive campaign team in the state, left largely in place after 2008 — a sign of the wealth at Romney’s disposal.

Then there’s Romney’s ace: his Mormonism. His membership of the Church of Jesus Christ of Latter-day Saints has so far been a hurdle. But in Nevada Romney’s Mormonism becomes a distinct positive. About a quarter of the Nevadans who voted in the 2008 caucuses were Mormons.

Gingrich will arrive from Florida facing a double disadvantage: he has virtually no campaign infrastructure on the ground, and no Mormon affiliations. Against that, his wild card is the Las Vegas casino mogul Sheldon Adelson, who, with his wife, Miriam, has already donated $10-million to Gingrich’s political action committee.

Adelson would have no problem pumping similarly huge sums into the Nevada race. He is worth more than $20-billion. But caucuses are considered generally less amenable than primaries to being won by TV advertising because voters tend to be less easily swayed at the last minute.

Deeply wounded states
This first election of 2012 in the US west will be watched closely, not just because of what it may reveal about the Republican nomination.

Nevada is also likely to be a critical swing state come the presidential election proper in November. It is also one of the most deeply wounded states in the US as a result of the downturn. It has the highest unemployment rate (12.6%), the worst rate of housing foreclosures and the largest year-on-year fall in per capita personal income.

Though Barack Obama won Nevada in 2008 by a comfortable 55% to John McCain’s 43%, he will have a tough time retaining the state amid such economic devastation.

Analysts will be looking at the turnout at Saturday’s caucuses for clues as to how fired up the Republican base is likely to be in the US autumn. If more than 80 000 voters attend, it suggests Obama faces a major battle. But if turnout falls below last year’s figure, it suggests that Republican voters are underwhelmed by the choice of candidates.

Robert Uithoven, a Republican strategist in Nevada, said it was no coincidence that Obama went to Nevada straight after his state of the union address. ‘That gave Obama the chance to talk about job creation. Against that, Saturday’s caucuses will be a gauge of the level of enthusiasm among Republican voters.” —