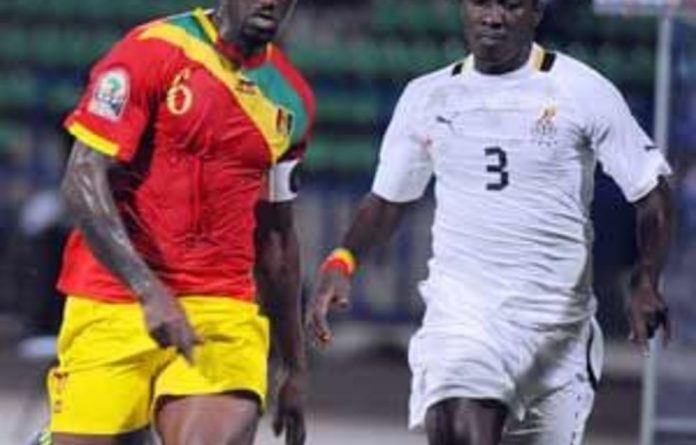 Ghana’s quest to end a 30-year wait for an Africa Cup of Nations title will face its biggest challenge yet on Sunday when they battle Tunisia for a place in the semi-finals of the 2012 tournament.

The winners will tackle the victors of the other quarter-final between Zambia and Sudan in Bata, Equatorial Guinea, next Wednesday.

Quarter-finalists at the 2010 World Cup, the Black Stars of Ghana have stayed on course for a fifth Nations Cup title even though they were far from convincing in the group phase.

They laboured to pip debutants Botswana 1-0 before raising their game to down Mali 2-0, but were pegged back by Guinea 1-1 in their final Group D match.

Ghana coach Goran Stevanovic, who has promised to win the trophy on February 12, has pledged the team will improve.

Ukraine-based midfielder Derek Boateng, meanwhile, says he expects another tough match on Sunday. “Tunisia have a very good side. They are disciplined on the field, like Guinea,” said Boateng, who saw his first action in the tournament against Guinea.

“We know that it is going to be difficult, but we hope to do our best to win the game and qualify.”

“He is a hugely talented player and we need to keep an eye on him at all times,” warned Kuffour. “Maybe the coach will put someone on him, like we did with Seydou Keita when we played against Mali.”

Current captain John Mensah has recovered fully from a thigh muscle problem, but it is still to be seen whether stand-in John Boye will be dropped to allow him to renew his partnership in central defence with Isaac Vorsah.

Midfielder Anthony Annan suffered a personal loss following the death of his mother on Thursday, but he insisted on remaining with the team.

Tunisia will be Ghana’s biggest threat yet after they fought their way past north African rivals Morocco and Niger in the first round to finish behind inspired co-hosts Gabon in Group C.

The Carthage Eagles, who were crowned African champions in 2004 when they hosted the competition for the third time, beat Ghana 1-0 in a friendly in 2006 when the teams last met.

They endured a difficult qualification campaign before former international Sami Trabelsi took over, having led the country to victory last year in the Championship of African Nations for players who are based in their domestic leagues.

‘More aggressive’
“We will play our normal game, be more aggressive and be more efficient than we were against Gabon. We have the quality to go on in this competition,” said Trabelsi.

“We are motivated because we want to represent Tunisian football very well at a time of the rebuilding of the various sectors of our country.”

Since they won the 2004 Nations Cup on home soil, Tunisia have attracted the big guns at this stage of the tournament.

Tunisia showed strength in depth against co-hosts Gabon, when they made eight changes from the starting XI against Niger and still dominated the game.

Trabelsi must therefore decide how to accommodate skipper Karim Haggui, Mejdi Traoui and Khaled Korbi, who were left out of the Gabon match to avoid picking up additional bookings and risking suspensions.

Exciting Esperance attacking midfielder Msakni resumed full training with the rest of the squad in Bongoville on Thursday after training on his own the previous day due to a sore ankle from the Guinea game.

Tunisia team doctor Faisal Khachnaoui has assured that “The Tunisian Messi”, who has scored against Morocco and Niger, will be fit for Sunday. — AFP