Over 300 killed by Europe’s freezing temperatures 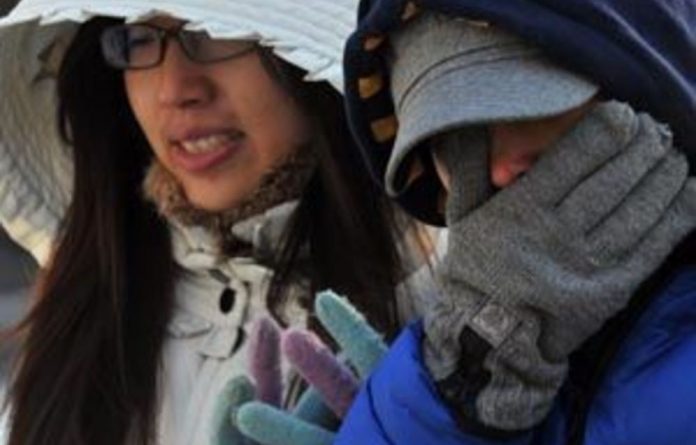 The deadly cold snap that has gripped Europe for more than a week strained emergency services, wrought travel chaos and claimed more lives on Sunday, bringing to more than 300 the tally of victims.

The homeless population has borne the brunt of the deaths, with dozens of transients freezing to death in unheated apartments, fire escapes or in makeshift street shelters.

Authorities on Sunday found two homeless people’s bodies in France who had likely frozen to death, bringing to at least 307 the number of cold-related deaths across Europe.

With temperatures plunging as low as minus 40 degrees Celsius, the grim winter toll also rose in other countries including Italy, Poland and Ukraine, where another nine deaths brought that country’s total fatalities to 131 — most of them homeless people who perished on the streets since the freeze started nine days ago, Ukraine’s emergencies ministry said.

About 1 800 people had been hospitalised, and 75 000 people had sought warmth and food in over 3 000 shelters across Ukraine.

The bitter cold front has engulfed much of Europe and even crossed the Mediterranean into North Africa, where as many as 16 people were killed on Algeria’s snow-slicked roads or in other weather-related accidents.

No assistance
As residents resorted to sawing through fallen trees blocking the roads themselves, many people said they had had no assistance from the authorities.

“It’s awful. I had to walk two hours through freezing temperatures just to get to the metro,” Rome resident Federico Maneski said. “The area is full of trees that have fallen on cars but no one’s come to help us.”

The Italian death toll reached 17 when three homeless people were found dead, while two men suffered heart attacks as they shovelled snow in the Abruzzo region and Campania regions.

The cold claimed eight new victims in Poland, bringing that country’s toll to 53, and in Serbia, which has recorded nine deaths, authorities declared states of emergency in 32 municipalities, mostly in the south and south-west.

In Romania, six new deaths brought the toll to 34.

Overnight temperatures in Finland plummeted to minus 40 degrees Celsius, but did not deter many Helsinki voters from turning out to vote in a presidential election.

Motorists were warned of more arctic winds and slick roads and poor visibility because of powdery snow.

Similar conditions led to pile-ups on Friday near Helsinki, in which more than 200 cars were involved, and which saw about 40 people taken to hospital.

The cold spell is forecast to last until at least the middle of the week. — AFP

This is the view of US ambassador Lana Marks, in contrast to Pompeo’s remarks that expropriation without compensation would be ‘disastrous’
Read more
Sport

This is the view of US ambassador Lana Marks, in contrast to Pompeo’s remarks that expropriation without compensation would be ‘disastrous’
Read more
Africa