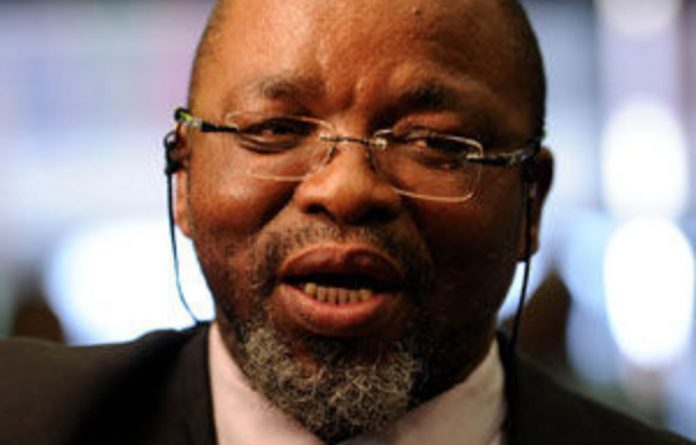 “The Limpopo provincial conference was endorsed by the ANC and it was agreed that disputes received from branches of the ANC will be investigated and a report tabled once the investigation is completed,” according to a NEC statement read by the ANC secretary general Gwede Mantashe.

The Mail & Guardian reported on Sunday that members attending the party’s NEC meeting in Centurion rejected Mantashe’s proposal to declare the outcome of the Limpopo provincial conference null and void.

Mantashe, according to a senior ANC leader, tried to persuade the NEC meeting not to endorse the newly-elected provincial executive committee, led by the embattled Limpopo premier Cassel Mathale, as a result of alleged irregularities.

Mathale is a close ally of the ANC Youth League’s Julius Malema’s, who was elected to the Limpopo PEC.

The Limpopo provincial conference, held last December at the University of Limpopo campus, was declared free and fair by the Elexions Agency, elections commissioner Mathole Motshekga and several NEC deployees who were present throughout the conference.

The M&G understands that Motshekga stood up at the NEC meeting over the weekend and said Mantashe’s attempts to declare Limpopo’s provincial conference unlawful was wrong as it undermined the work done by the team that was deployed to the conference.

Addressing journalists in Johannesburg after the four-day NEC meeting, Mantashe denied there were calls to disband the Limpopo PEC at the NEC meeting over the weekend.

“What was tabled was a report by the team that went to Limpopo, which recommended that we allow the PEC to continue until the disputes are investigated and the NEC has agreed that it’s a correct approach. There was no such a call [to disband the PEC],” said Mantashe.

Mantashe also dismissed suggestions that the ANC was planning to recall Mathale as Limpopo premier.

“He is still the premier of Limpopo and ANC chair. There’s no case against Mathale on our table. If we were to fire everyone after every time there’s a protest against them there will be chaos,” he said.

The M&G has seen a letter of the disputes on the electoral process of the officials in the Limpopo provincial conference lodged by delegates aligned to Joe Phaahla, deputy minister of arts culture, who contested Mathale for the position of the provincial chairperson.

Limpopo became the first province to openly rebel against President Jacob Zuma’s leadership and his bid to seek a second term as ANC president, with hundreds of delegates at the conference singing derogatory songs about Zuma taking a shower after he had unprotected sex with an HIV-positive woman.

The emotionally-charged provincial conference was held a few days after Cabinet took a controversial decision to place five departments in Limpopo under administration.