After the veto: Russia takes lead in Syrian crisis 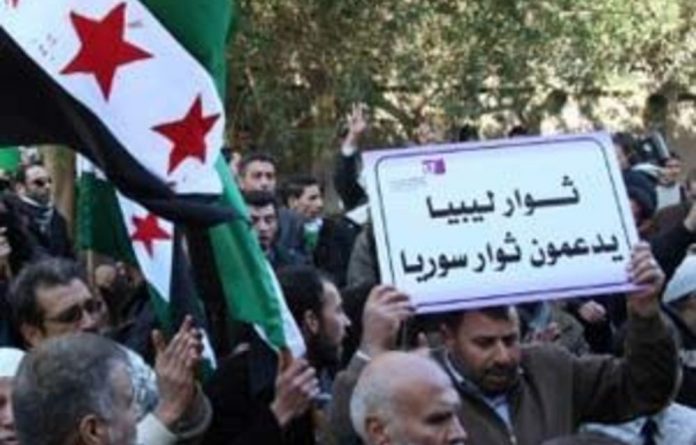 Russia has put itself at the centre of efforts to resolve the deepening Syrian crisis, calling for an “Arab solution” to the uprising against Bashar al-Assad’s regime as more civilians were killed in a government assault on the city of Homs on Tuesday.

The visit came as the UN children’s fund reported that at least 400 children had been killed in the past 11 months of violence in Syria, with a similar number detained and many reported to have been subjected to torture and sexual abuse.

“As of the end of January, 400 children are dead and more than 400 have been detained,” said Unicef spokesperson Marixie Mercado. “There are reports of children arbitrarily arrested, tortured and sexually abused while in detention.”

On Tuesday, six Arab Gulf states and Tunisia followed the US and several European countries in recalling their ambassadors, a deliberate signal of mounting international alarm at a crisis which many are already describing as a civil war.

Assad promised to “stop violence regardless of where it may come from”. But the regime’s actions belied this statement. Syrian state media reported a determination to continue fighting “armed terrorist gangs,” amidst mounting evidence that most casualties in Homs are civilians.

Rapid solution
Hundreds are said to have died since shelling began on Friday. At least 95 people were killed there on Monday and nine more on Tuesday, the Syrian revolution general commission reported.

“We [Russia] confirmed our readiness to act for a rapid solution to the crisis based on the plan put forward by the Arab League,” Lavrov said, though Syrian officials insisted that he was not referring to the current plan which calls for Assad to hand power to his deputy — interpreted by Moscow as tantamount to the “regime change” it objected to in Libya last year.

Syria’s state news agency, Sana, reported: “Syria is determined to carry out national dialogue with the participation of representatives of the government, the opposition and independent figures.”

But neither Russian nor Syrian official reporting of the talks made any mention of freeing detainees or withdrawing troops and tanks from built-up areas, both conditions of an Arab League peace plan that had appeared to be defunct.

Lavrov, with Russia’s foreign intelligence chief in tow, flew to the Syrian capital after Moscow last Saturday vetoed a UN security council resolution that backed a “Syrian-led political transition” without calling on Assad to surrender power or even threatening sanctions.

Syrian media highlighted the visit as demonstrating Moscow’s support for Assad. State TV showed hundreds of people gathering to welcome Lavrov, waving Syrian, Russian and Hezbollah flags and holding up Russian flags made out of hundreds of white, blue and red balloons.

Fervent loyalty
Ad-Dounia, a private channel that outdoes even state media in its fervent loyalty to the regime, claimed that one million people had turned out to greet the Russians.

Few details were available of what transpired behind closed doors but diplomats and analysts said that while Assad’s position looked like familiar “window-dressing,” Lavrov did offer some hope of diplomatic movement towards dialogue.

One western official said: “Assad still has his head in the sand if he thinks he can talk about reform without showing any results while he carries on the security crackdown. But it was encouraging that Lavrov showed support for the Arab League plan after vetoing it at the UN.”

British diplomats said William Hague, the foreign secretary, was planning to speak to Lavrov to hear a full account of his meeting with the Syrian leader.

The Hague also plans to talk to Sheikh Hamed bin Jassim al-Thani, Qatar’s prime minister and the Arab League’s chief hawk on Syria. The Arab League is to meet in Cairo on Saturday to review the crisis.

Next moves include a first meeting of the new Friends of Syria grouping, which will work outside the UN to back Syria’s opposition and seek a peaceful solution to the crisis.

‘Contact group’
It looks unlikely, for now at least, to follow the example of the “contact group” set up to handle Libya last year and formally recognise Assad’s opponents as a legitimate government or openly supply them with weapons. Individual countries may do so in secret, however.

John McCain, the US Republican senator, called on the US to look at that possibility now. “We should start considering all options, including arming the opposition,” he told reporters in Washington. “The blood-letting has got to stop.”

European countries are planning new efforts to forge greater unity among the Syrian opposition, which is beset by rivalries and divisions. These risk bursting into the open if Assad — prodded by the Russians — does eventually make any substantive political concessions.

Observers believe one possibility is the formation of a national unity government. “That would muddy the waters,” said commentator Malik al-Abdeh, who runs the opposition Barada TV. “It could split the [Syrian National Council] because some people will think they’ve backed the wrong horse. The [National Coordination Body] have always said that the solution is in Moscow, not in New York.”

George Sabra, a senior member of the SNC, signalled on Tuesday that the mood may be changing.

“We think Russia should provide a roadmap for … a dialogue,” the Interfax news agency quoted him as saying. “Then all the opposition groups can take corresponding steps. But no one will engage in dialogue just for dialogue’s sake.” —