Zuma has a tough nut to crack in SONA 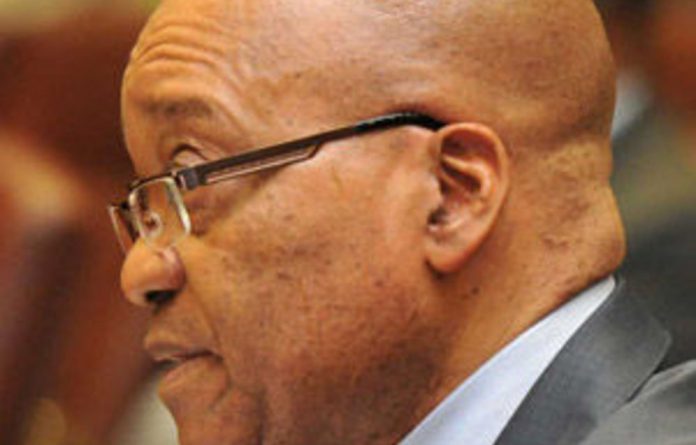 South Africa’s rampant unemployment and sluggish economy loom over President Jacob Zuma as he prepares to address the nation on Thursday before seeking his party’s nod for a second term in office.

Zuma is set to give a progress report on the top challenges facing Africa’s biggest economy, from crime to education and jobs, in his annual speech to the nation.

“The key issue will be that of job creation,” said analyst Aubrey Matshiqi of the Centre for Policy Studies.

“The question is whether he will have a positive report card to give with regard to attempts that have been made between the last State of the Nation address and this year.”

After declaring 2011 the year of job creation, Zuma received a welcome boost on Tuesday with news that official unemployment had fallen to 23.9% in the last quarter of the year.

While still dangerously high, it is the lowest level in nearly three years.

Boost employment
South Africa’s fragile recovery from a 2009 recession has been bogged down by the eurozone crisis and the government has struggled to boost employment.

Ratings agency Fitch last month downgraded its outlook for the country to negative.

The government has promised to create five million jobs by 2020 and slash unemployment to 15%, with Zuma last year announcing a R9-billion job fund to roll out over three years.

The state is chasing yearly economic growth of 7% to support that goal but the International Monetary Fund cautiously predicts 2.5% at best, well below the 5.5% for Sub-Saharan Africa.

Joblessness was a top concern for South Africans on the presidency’s social networking sites, which were used to test the public mood for a second year.

“Mr President, again job creation as the youth of South Africa, we are having degrees and diplomas hanging over our shoulders but there are no jobs,” wrote a Facebook user.

“Everything seems hopeless from that place. No change, but as the government, you promised service delivery. I mean, I am not crying by anything fancy, only water supply and decent tar roads will do, so that we can also proudly say we have enjoyed the benefits of our democratic government.”

Renowned for his ability to bounce back, Zuma faces a tough year under the shadow of internal fighting in the ANC, with some members seeking his ouster.

He will bid in December for a second term as party leader, a post that would virtually ensure he retains the national presidency.

On Thursday he could send a subtle message that is he fit for re-election.

“Indirectly he might want to send a message to ANC members that he is in charge, not only as head of state but as ANC president,” said Matshiqi.

Bland speeches
Styled as a man of the poor, Zuma has scored points as president for scaling up the fight against HIV and firing underperforming ministers but the mostly self-taught leader has been accused of delivering bland speeches.

Analyst Judith February of the Institute for Democracy in Africa, who said his presidency has been “quite dithering” and “short on vision”, expects Zuma will not rock the boat.

“We now have to accept that we can’t expect soaring rhetoric from him. He hasn’t been very inspirational. His State of the Nation addresses in the past have been really clunky and quite plodding,” she said.

“If his recent performance is anything to go by, it may be a struggle to keep awake,” said Matshiqi. “But what is important is for us to focus on the content because I don’t think the way that he delivers his speeches is going to change.” — AFP