Marking time with beefcake in the buff 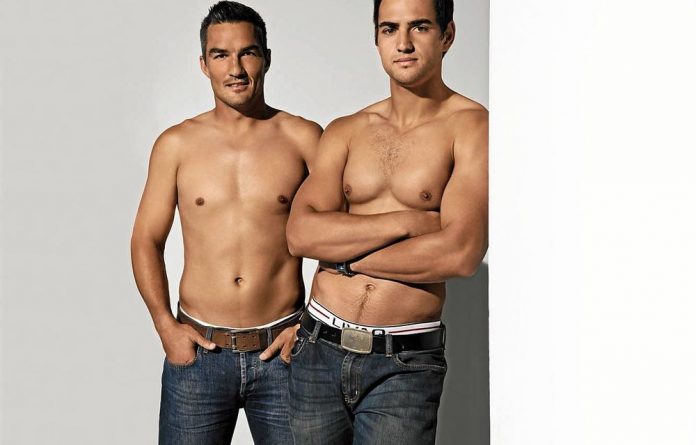 At the launch of Cosmo’s Sexiest SA Men Calendar for 2012, three people asked me, disbelievingly, why I was there. What, a heterosexual, snobbish Mail & Guardian writer could not be interested in some of the more retarded manifestations of popular culture?

Before our American readers start bleating about how I cannot use the word retarded — and that the politically correct term is mentally challenged — let me emphasise that I am not implying that the people who ­produce these calendars are intellectually deficient.

Good lord, no. I am using retarded in the sense of “a slowing down or hindering of progress; a delay”. In other words, and generally speaking, why do we still have a paper calendar of hunks in an age in which ­calendars live on your phone alongside beefcake-of-the-day apps? It seems wilfully retarded, both ­ideologically and technologically.

And specifically, why were we launching a 2012 calendar in February? What does that say about the coincidentally alliterative Mr ­January, Jovan Jackson, now ­apparently the cruellest month of all? Jackson, for those of you who will be skipping straight to ­February, “is serious eye candy with his big baby blues, Greek-god hair and sleek physique”.

But these were not considerations that fazed the pack of happily squealing women who congregated in front of the stage and jostled for space with some suspiciously well-dressed (for Johannesburg, anyway) men. Yes, yes, I know what you are thinking. They are gay men, Chris! Duh. But no, it is not as simple as that.

Nowadays, many of the men of Johannesburg have evolved beyond such mundane ­considerations as sexual preference and race into some sort of egalitarian über-­dickery, where the lion lies down with the lamb, the Subaru races with the Beemer, and the jeanpants run free under the African sun. In this world, a straight guy deep-throating a beer stares as hungrily at the sculpted male bodies on stage as a gay guy tonguing a badly made cocktail. Because this world is about the body as commodity, not cock-teasing.

Well, that is not true. I just said that for effect. Most of the women seemed to be there to be teased — and were indeed expertly teased by one MC Poppy. They shrieked most becomingly as the ­incredibly ­gorgeous men popped out from backstage, flexed their muscles and tried to avoid taking their shirts off prematurely. Really, the evil ­ideology that is feminism has so much to answer for. Kidding! Why should women not think with their clitorises? After all, that is what equality is about. One person, one ­objectification.

These are human beings, though, as their bios indicate, not just incredible bodies. People’s Choice ­winner of the R10 000 first prize, Afrikaans singer Bobby van Jaarsveld, is “fondly known as Bobster and calls Pretoria home”. Ryan Sandes, known as “the Sandman”, travels the globe “running in crazy places” and has won “the Four Desert Series”, which I assume is some sort of misspelt extreme-eating contest. And ­Lukhanyo Nontshinga is a talented rugby player who “loves everything about SA, especially the gorgeous ladies”. Although, looking at the crowd at the event, “ladies” is perhaps a strong word.

Now, because this is the M&G, I have to have one of those disclaimer thingies. I have featured as one of Cosmo‘s Bachelors of the Year. Admittedly, there were about 100 of us at the time and I think the pictures were in black and white, but still — that is on my CV and can never be erased. So I was not there to make fun of the contestants. Bringing visual pleasure to thousands of Cosmo readers is probably as useful a societal role to play as any.

And anything that makes your average Jo’burg jock even more insecure is A-okay in my book.

The calendar is sponsored by ­Brutal Fruit, by the way. You really cannot make this stuff up.

If only we were taught that sex should be fun