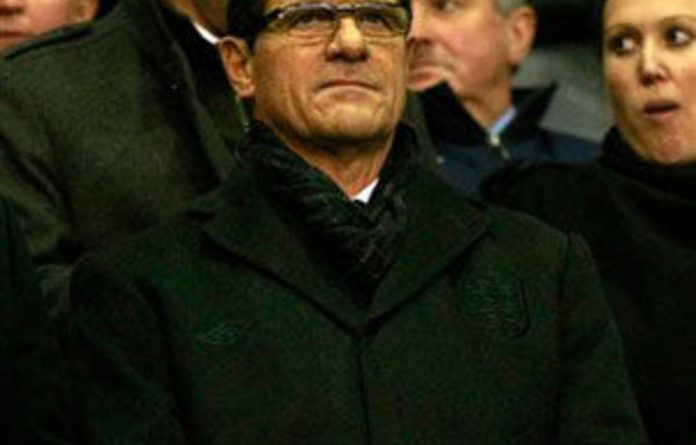 Endorsed by a growing number of England players, Harry Redknapp should move closer to becoming the new coach of the national team on Friday when plans to recruit Fabio Capello’s replacement are finalised by Football Association (FA) executives.

But with Tottenham hitting unprecedented recent highs under Redknapp, FA executives meeting on Friday will also consider alternative options if the affable and widely respected manager cannot be prized away from White Hart Lane.

The groundswell of public support for Redknapp gathered after Capello quit on Wednesday in a row over fired captain John Terry, with the Italian plunging England’s preparations for this summer’s European Championship into turmoil.

Now the FA is swinging into line with the national mood by stating a preference for a homegrown coach and recognising the widespread backing for Redknapp, whose Tottenham is third in the Premier League.

“We of course understand the feeling of the nation and supporters, fans of England are very important when it comes to choosing the right person for the job,” FA general secretary Alex Horne said on Thursday. “But we have to sit down and look long-term and give ourselves as many options as are available.

Lost in translation
Two of England’s most prominent players, Wayne Rooney and Rio Ferdinand, have led the calls on Twitter for the appointment of Redknapp.

“We need an English manager now, we don’t need anything else lost in translation,” Ferdinand said. “Harry Redknapp would be my choice by a distance.”

And he seems to fit the job description that will be completed on Friday by a four-man board led by chairperson David Bernstein.

“The motivational qualities of a future England manager are absolutely vital, to be able to handle big players and motivate and excite both the players and the fans,” Bernstein said. “We’d all probably agree that the quality of play and the level of confidence shown at Wembley is not quite where we’d like to be.”

But persuading Redknapp to take the job beyond Euro 2012 might not be so clear cut, with another season still to run on his Tottenham contract.

Having been backed by Tottenham during a tax evasion trial which ended with not guilty verdicts on Wednesday, Redknapp might want to remain loyal to a club on the brink of a second season of Champions League football.

Hefty compensation
The option is open for Redknapp to just coach England at the June 8 to July 1 European Championship before returning to Tottenham.

Bernstein insisted that “we can’t be driven” by Redknapp’s support in the England squad.

But if Redknapp is recruited, despite the hefty compensation that would be paid to Tottenham, he can expect a similar salary to Capello, who was on around $9-million a year.

“With Fabio, it was expensive but I don’t think you would say it was a mistake,” Bernstein said. “Going forward, we will have to assess things very carefully. But let me be absolutely clear we are not going to do anything on the cheap. We have to get the right person for the job and we will pay the proper market rate.”

The new coach will not be expected to deliver instant success for a country that has only ever won the World Cup in 1966.

Pending racism trial
“Let’s be a bit realistic here,” FA director of football development Trevor Brooking said. “We haven’t won a tournament for 46 years … let’s not get this expectancy that whoever comes in is going to suddenly start delivering us championships or whatever.”

England Under-21 coach Stuart Pearce will take charge of England’s friendly against the Netherlands on February 29, with the Euro 2012 opener not until June 11 against France.

Of course, England is also without a captain. It was the FA’s decision to strip Terry of the armband due to his pending racism trial that angered Capello and led to him quitting.

Terry, though, can remain a member of the squad, which could also include Rio Ferdinand, whose brother Anton is alleged to have been racially abused by Terry in the case that will go to court on July 9.

“You don’t want to go to a tournament divided,” said Brooking, who played 47 times for England. “You want the spirit, quality and atmosphere to make results.”

There will also be a new code of conduct for players.

“I want to ensure we can reach a genuine agreement with the players on because it is important they have a level of ownership on this,” Club England managing director Adrian Bevington said. — Sapa-AP