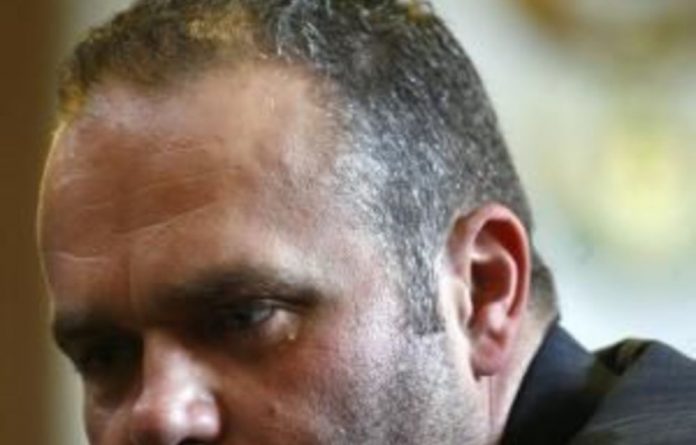 Czech fugitive Radovan Krejcir has been arrested in connection with an armed robbery.

Hawks spokesperson McIntosh Polela confirmed that Krejcir, Veselin Laganin and former bouncer Jason Dominguez were arrested on Sunday afternoon for their alleged involvement in an armed robbery in Pretoria in October last year.

Krejcirs lawyer Eddie Classen confirmed that his client had been arrested on charges linked to the armed robbery.

Described as one of Krejcir’s strongmen, Dominguez was shot in the arm after he allegedly robbed an electronics shop in Pretoria West.

The Mail & Guardian previously reported that six men had entered the shop and held up the owner at gunpoint before making off with R200 000. Dominguez was shot when the owner allegedly opened fire on the suspects and a gun battle ensued. He was later traced to his house after police found his bullet-riddled Toyota Hilux in Fountains Valley.

At the time sources claimed that Dominguez and Krejcir were at the shop to collect a debt owed to Krejcir.

The three men will remain in the Pretoria Central Prison overnight and will appear in court on Monday morning, Polela said.

Krejcir is also trying to get refugee status and his trial for insurance fraud is due to start in April in the Johannesburg Magistrate’s Court.

Krejcir is accused of fraudulently claiming a R4.75-million dread-risk disease insurance pay out from Liberty Life in 2010, based on a falsified medical report submitted by his then-urologist Dr Marian Tupy.

The controversial Czech national has been convicted in his home country on fraud, kidnapping and corruption charges, and is fighting attempts by the Czech government to extradite him by filing for refugee status in South Africa.