Obama’s budget pushes for heavy taxes on the rich 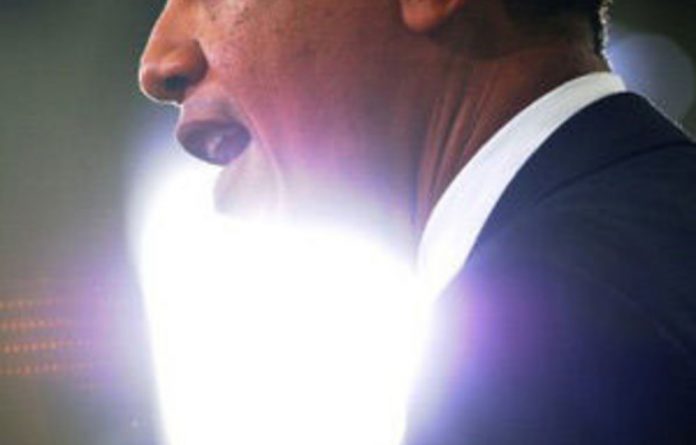 US President Barack Obama on Monday proposed a $3.8-trillion budget brimming with populist tax hikes on the rich and jobs spending designed to outmanoeuvre Republicans as he takes aim at re-election.

But Obama’s possible Republican foe in November, Mitt Romney, slammed the document, which foresees a fourth consecutive year of budget deficits over $1-trillion, as “an insult” to American taxpayers.

“We have got to do everything in our power to keep this recovery on track,” Obama said, as he unveiled the blueprint, which frames his election message of restoring a “fair shot” for average Americans in a recovering economy.

“The last thing we need is for Washington to stand in the way of America’s comeback,” said Obama, unveiling the budget in symbolic territory in swing-state Virginia, which he hopes to win en route to a second term.

The plan projects a $1.3-trillion deficit for the current fiscal year and sees the shortfall dipping below the $1-trillion mark in fiscal year 2013 at $901-billion.

According to the fiscal 2013 budget’s assumptions, unemployment will remain above 6% until 2017.

Pessimistic
But the jobs forecasts were finalised in November before a sharp down tick in the jobless rate, so could prove to be too pessimistic.

The budget calls for spending of $50-billion on roads, railways and airport runways designed to create thousands of short-term quality jobs.

It provides funds to modernise 35 000 schools and requires the Pentagon to rejig missions and force structures to spend $487-billion less than planned.

The budget also requires $364-billion in health savings and would invest $8-billion in community college funds to train workers for in-demand industry sectors to encourage American jobs to return from overseas.

But it proposes a $226-million cut in Nasa’s Mars robotic exploration program, likely axing a planned partnership with Europe and in further blow to those who see America’s space heritage being eroded.

‘Fair share’
Obama renewed his call for richer Americans to pay their “fair share” to revive the economy.

“We’ve got a choice. We can settle for a country where a few people do really, really well and everybody else struggles to get by,” Obama said.

“Or we can restore an economy where everybody gets a fair shot, everybody does their fair share, everybody plays by the same set of rules, from Washington to Wall Street to Main Street.”

The proposal calls on Congress to back the Buffett rule, named after billionaire financier Warren Buffett, designed to ensure no household earning more than $1-million a year pays less than 30% in taxes.

It renews Obama’s call for the George W Bush-era tax cuts to be repealed on Americans earning more than $250 000 a year.

Officials said the plan would include a $206-billion proposal to tax dividends of the richest taxpayers at the rate of the top level of income tax.

Obama’s repeated attempts to repeal the Bush tax cuts and to bring in higher taxes for the rich have always foundered in Congress where they are opposed by Republicans as an impediment to small businesses and economic growth.

Bank levies
The plan made a new call for the previously thwarted Financial Crisis Responsibility Fee levied on the largest banks and finance firms to compensate taxpayers for government bailouts during the financial crisis.

The Obama budget is being seen on all sides as a partisan document that has little chance of being voted into law.

Democrats in the Senate say that they will not bring it up for a vote because the government is already financed through the next year on the basis of a spending agreement reached with Republicans in September.

Romney complained Obama had done nothing to take meaningful steps to solve funding problems for social programs like the Social Security retirement fund and the Medicare health care for seniors.

“I believe we can save Social Security and Medicare with a few common sense reforms, and — unlike President Obama — I’m not afraid to put them on the table,” Romney said in a statement.

Republican Senate minority leader Mitch McConnell complained that the budget was less a serious spending plan than a “campaign document”.

“It’s bad for job creation, bad for seniors, and that it will make the economy worse.” — AFP