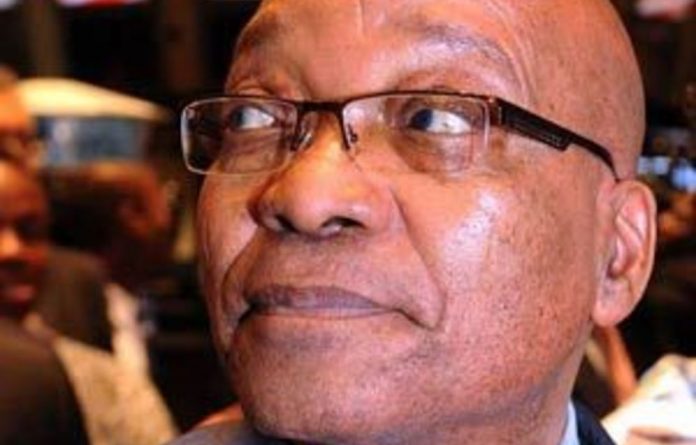 The Democratic Alliance’s (DA) legal pursuit for the records that led to the suspension of criminal charges against President Jacob Zuma in 2009 continues in the Supreme Court of Appeal on Wednesday.

The DA wants a review of the decision by the then acting national director of public prosecutions Mokotedi Mpshe to drop charges against Zuma, who was at the time not yet elected president.

The DA has also called on the National Prosecuting Authority (NPA) to produce the record of proceedings in respect to the decision.

The Supreme Court of Appeal will hear arguments in an appeal by the DA against a decision in the North Gauteng High Court, which held that the party had no right to appear in court on the matter, known as the locus standi.

The high court held previously that the DA had not shown the NPA’s decision not to prosecute Zuma had materially or adversely affected its rights, those of its members or those of the broader public.

The NPA dropped charges against Zuma at a time that it was apparent that he would become the next president, shortly before the 2009 general elections.

Challenges
The NPA has refused the DA its records and has indicated that it will challenge the party’s locus standi and the reviewability of the decision as preliminary matters.

In 2011, the high court held for the NPA, and the DA asked for leave to appeal the decision, which was granted.

The DA will try to convince the appeal court that it and two intervening parties, Richard Young and CCII Systems, who were complainants in the alleged criminal matter against Zuma, have a right to challenge Mpshe’s decision.

In papers filed at court, the DA said the high court followed the wrong approach to its right and should have followed a more “generous and expansive” approach to standing, which the Constitutional Court had repeatedly stated.

The NPA submitted in papers to the SCA that the DA’s interests were “party political interests” in nature as opposed to legal interests. It supported the high court’s finding against the DA on this point.

Zuma’s legal adviser Michael Hulley, in opposing papers, also argued that the DA, as a minority opposition party, had brought the review application on the basis of its standing as a political party.

Hulley argued that the actual interest in the results of the NPA decision was not clearly spelled out. He said the DA was only out to score “political points” with the case. — Sapa